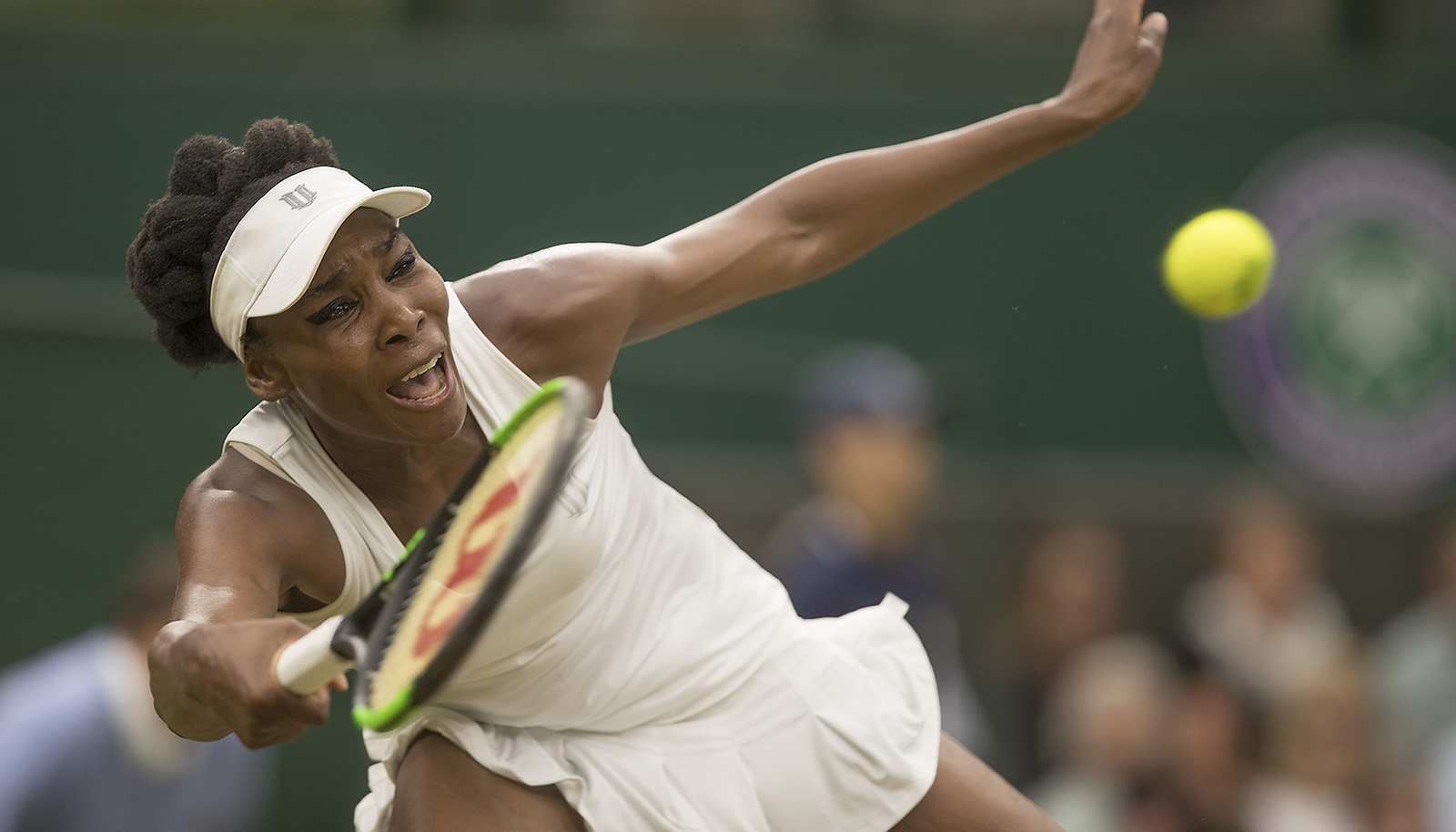 Having never faced the Latvian previously, the 10th-seeded Williams capitalized on all three of her break points and fired eight aces. Williams sealed the victory in 73 minutes to clinch her spot in the last four for the second year running. This Wimbledon marks the 20th anniversary of the American‘s event debut and ironically, she has defeated three consecutive opponents who were born in 1997 (Ostapenko, Ana Konjuh and Naomi Osaka).

Williams, a five-time champion at the event, is seeking her eighth major singles trophy. In January, she was a finalist at the Australian Open, finishing runner-up to sister Serena Williams. A title in London would give Williams her 50th singles crown.

With a berth in Saturday‘s championship on the line, Williams will square off against British hopeful Johanna Konta, who battled past second seed Simona Halep. Konta, seeded sixth here, holds a 3-2 edge over Williams in their five previous encounters, with each splitting a pair of earlier season meetings in 2017 (Konta-Miami, Williams-Rome).

Rain caused much of Tuesday‘s action to be postponed but Ken Skupski (Orange County Breakers) and Neal Skupski (New York Empire) successfully completed their third-round doubles match. The Skupski brothers topped Marcus Daniell and Marcelo Demoliner 7-6(3), 5-7, 7-6(9), 6-4 to continue their best career run at a Grand Slam event. The two will look to keep the dream alive in the quarterfinals on Wednesday when they take on fourth seeds Lukasz Kubot and Marcelo Melo.

Among Wednesday‘s order of play includes Sam Querrey. The Kastle will look to advance to his first major singles semifinal, but will have to get past defending champion and top-ranked Andy Murray. A number of Mylan WTT Family members will take to the courts in doubles action, including Hingis, who partners Yung-Jan Chan against Mylan WTT duo Anna-Lena Groenefeld (Springfield Lasers) and Kveta Peschke (Philadelphia Freedoms).