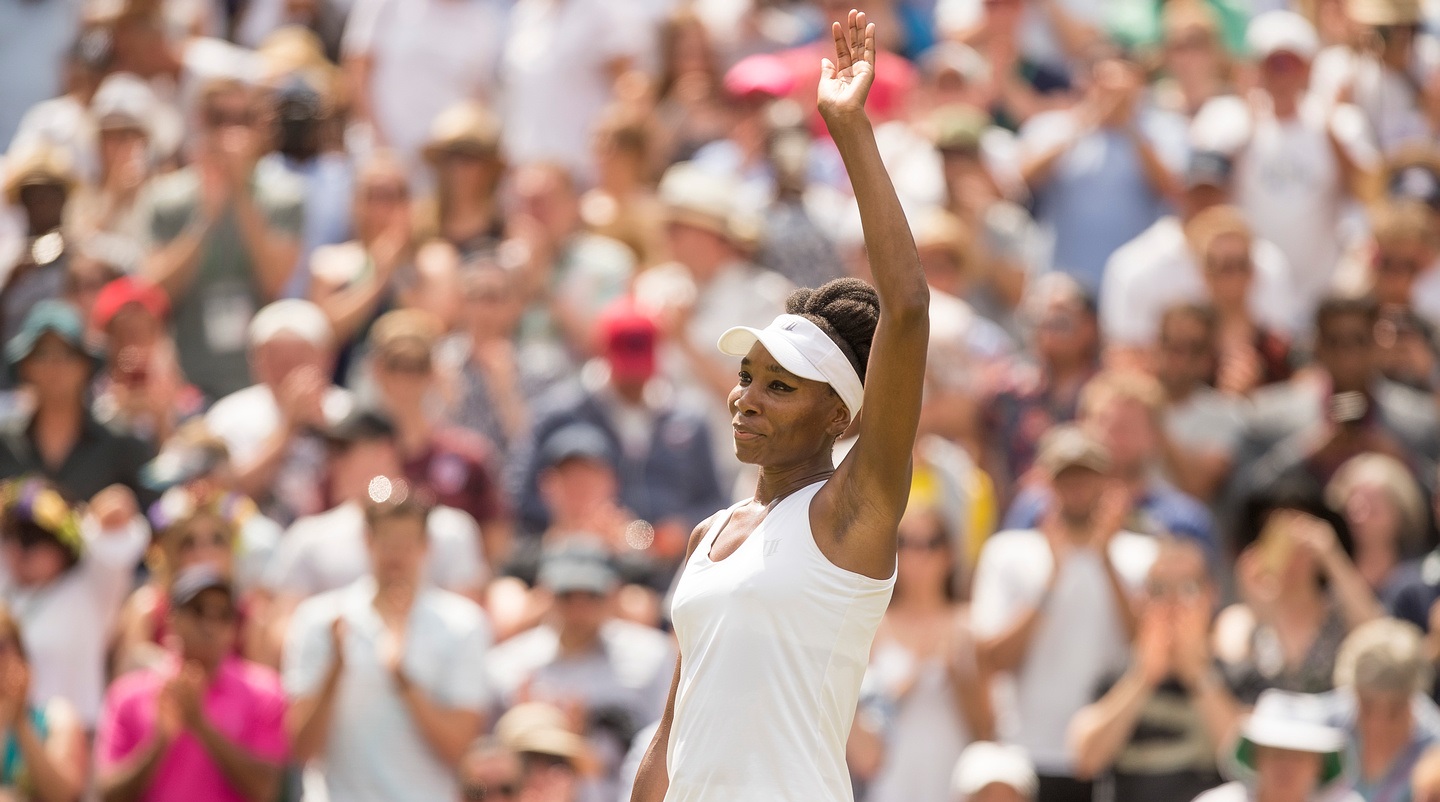 A star-studded Washington Kastles trio advanced to the quarterfinals of their respective events on ÔÇÿManic Monday‘ at Wimbledon.

Five-time champion Venus Williams secured her place by brushing aside 27th seed Ana Konjuh 6-3, 6-2. Williams held in all of her service games to move through in 64 minutes. The 10th seed at this year‘s tournament, Williams is seeking her eighth major singles crown. The 37-year-old will take on French Open titlist Jelena Ostapenko for a place in the semifinals.

Sam Querrey advanced to the last eight for the second year in a row, prevailing in a five-set tussle over Kevin Anderson. After squandering four match points in the fourth set, Querrey refused to lose, ultimately clinching a 5-7, 7-6(5), 6-3, 6-7(11), 6-3 victory. The American will bid to reach his first major singles semifinal against world No. 1 and reigning titlist Andy Murray.

In doubles, Martina Hingis continued her winning ways with partner Yung-Jan Chan, as the No. 3 seeds defeated the New York Empire‘s Kirsten Flipkens and Sania Mirza 6-2, 6-4 in a third-round contest. Hingis and Chan have won five titles this season, including two on grass in Mallorca and Eastbourne. In their next encounter, the two will meet Mylan WTT Family members Anna-Lena Groenefeld (Springfield Lasers) and Kveta Peschke (Philadelphia Freedoms). The 12th-seeded Groenefeld and Peschke toppled No. 7 seeds Julia Goerges and Barbora Strycova 6-3, 6-7(5), 6-2.