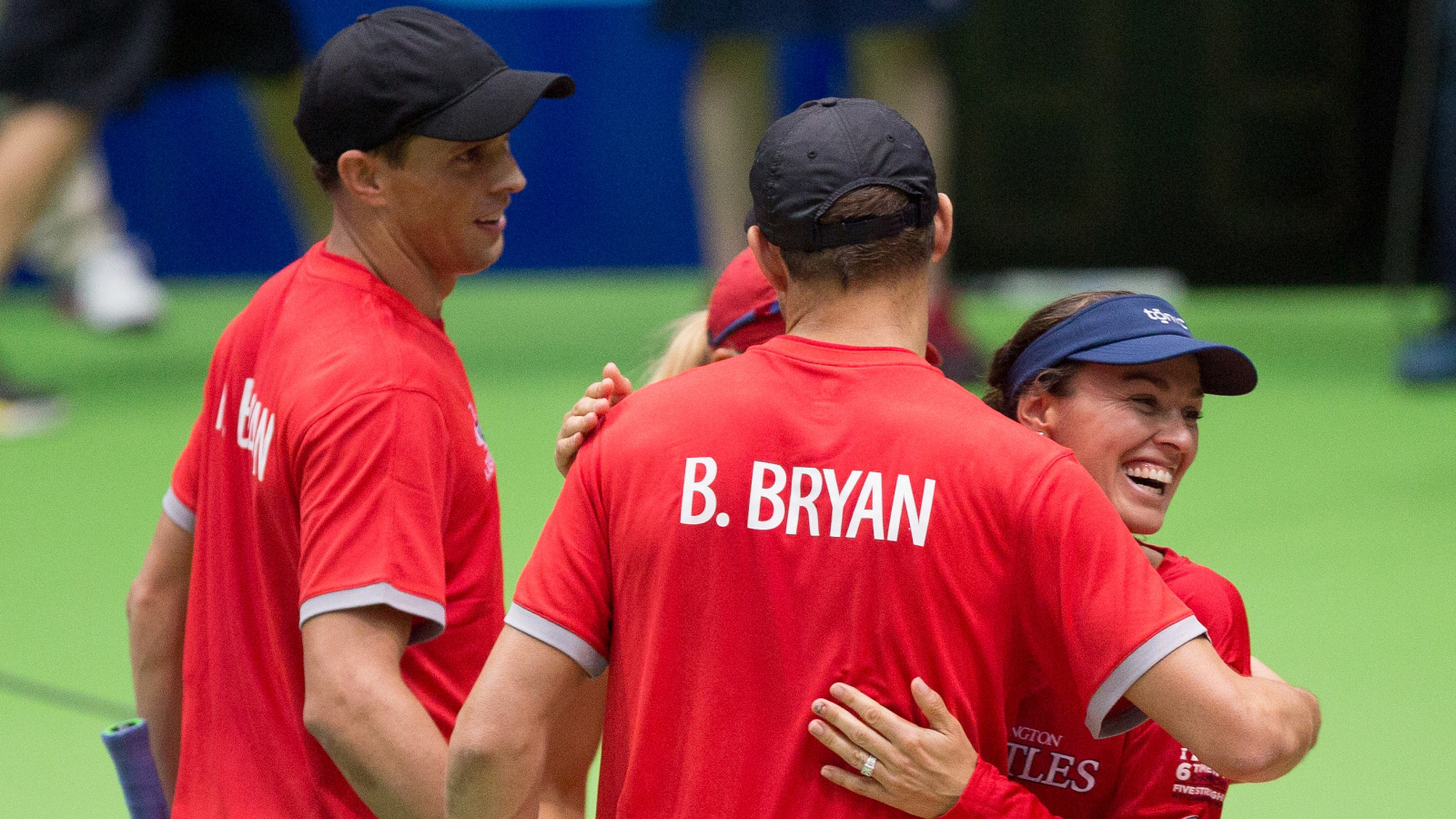 Martina Hingis (Washington Kastles) won her fifth title of the year with partner Yung-Jan Chan on Saturday in Eastbourne, as the two defeated Ash Barty and Casey Dellacqua 6-3, 7-5.

Seeded second at the WTA event, Hingis and Chan broke the Aussie pair five times to clinch the trophy in 79 minutes. It marks their second title in as many weeks after beginning their grass season by triumphing in Mallorca. Hingis and Chan also tasted victory at Indian Wells, Madrid and Rome earlier this season.

A day earlier, fellow Kastles Bob and Mike Bryan picked up their first crown of 2017 in stunning fashion. The American twins played four matches in a 48-hour period, ultimately edging Rohan Bopanna and Andre Sa 6-7(4), 6-4, 10-3 in the title match. With the win, the Bryans celebrated their 113th tour-level title together.

“Mike and I are excited to win this title not only because it’s been awhile but because we are competing at a level that we are both proud of,” Bob Bryan told the ATP website. “This win is a great shot of confidence heading into next week.”

A bulk of the Mylan WTT Family, including Hingis and the Bryans, now turns its attention to Wimbledon. Stay tuned for a complete preview.