Catching Up With… Steve Johnson 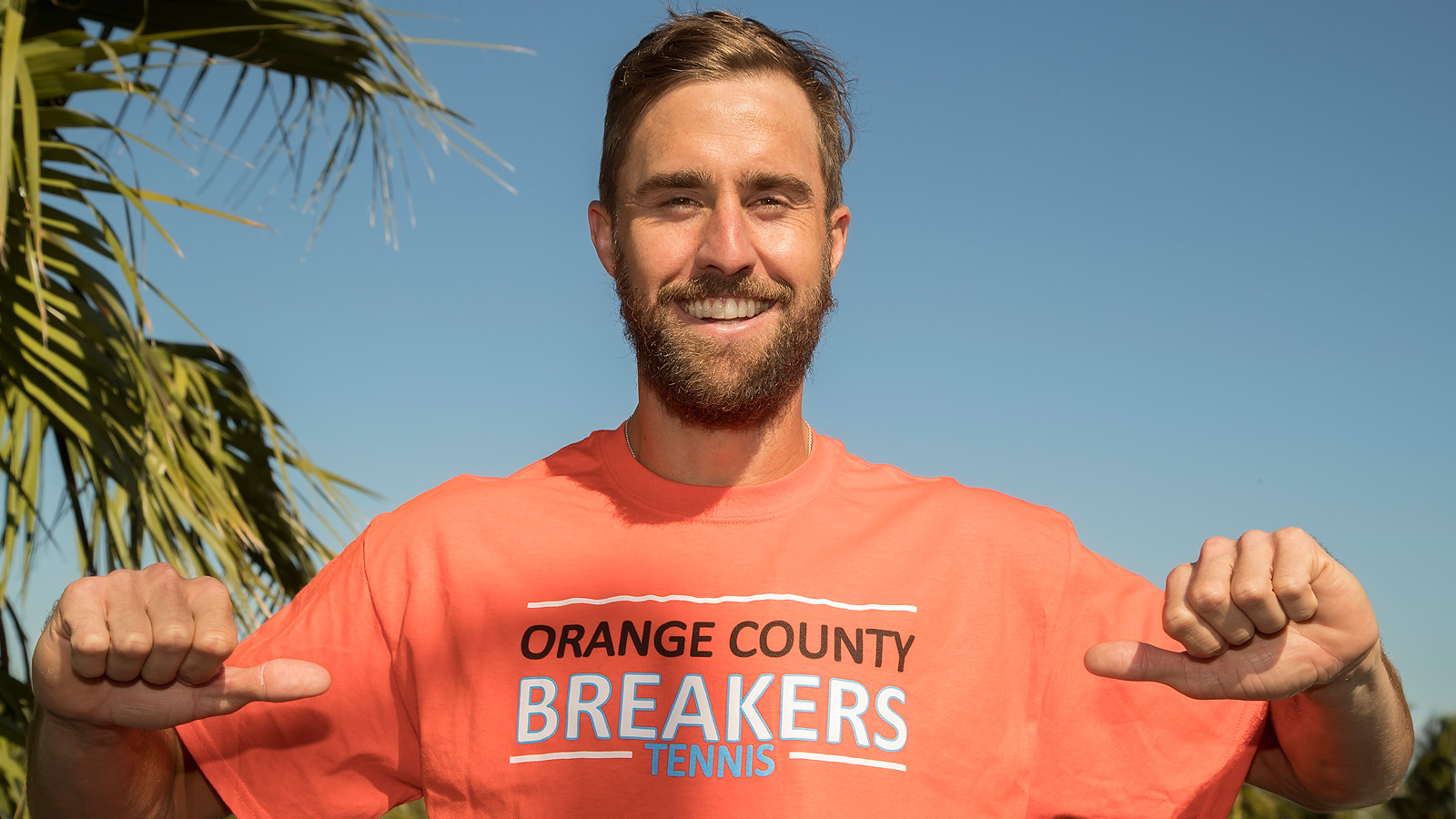 The current world No. 31 is set to play his third season with his hometown Orange County Breakers, including the Breakers home opener on July 17. From his love for playing in team formats and the chills he gets when looking back on his Olympic experience, to declaring his allegiance to one particular burger chain, see what Johnson has to say in this exclusive Q&A.

It‘s great to have you back with the Breakers once again. How much are you looking forward to playing four nights for your hometown team as part of your summer hardcourt season?

I’ve always loved [being] a part of a team. I played college for four years. I really cherish my time as a member of a team, especially in tennis because this doesn’t get to happen too often. So to get the chance to play a few nights at home, to be a part of a really great group of people is going to be a blast. I know Rick’s still in charge and he’s an SC guy and I love playing for an SC guy.

Speaking of Coach Rick Leach, he‘s led the Breakers to two consecutive Mylan WTT Finals appearances. What are your thoughts on having Rick as a resource in your WTT matches?

I do like the coaching aspect of it. It gives you a fresh set of eyes from something maybe that you’re a little too close to as a player so it’s fun to have a coach, and especially Rick who knows the game so well. [There‘s] singles and doubles going on out there that I can try to improve on. It’s fun to have that feedback because you just don’t get it every day on the tour. For me, I enjoy having a coach out there, somebody to bounce ideas off of and especially the team to feed off of because they’re out there throwing energy from the bench as well.

You mentioned energy. Crowd involvement is a big component of Mylan WTT matches. Talk about the opportunity to play in front of a supportive group of fans.

The crowd aspect of WTT is great. Sometimes I think tennis matches can be a little too stuffy or a little too proper. It’s fun. When you play [for] Davis Cup crowds, when you play [for] WTT crowds, you know it’s somewhere you can make a little more noise, so you have a lot more to get behind. I think it’s great because you can really feed off the crowd’s energy and the team’s energy to run the table against the team or if you’re behind just kind of pick up the energy and make a big comeback. That’s the great part about WTT. With this format, you’re never out of it. One good swing, one good set and you’re right back in it.

Winning the bronze was surreal. Just to be a part of the team, to go to Rio was a dream come true. Once you get down there, you’re trying to take it in as much as possible and then towards the end of the week you realize you’re in a position [to win]. For me, coming up a little bit short in the [singles] quarterfinals and then later that afternoon winning a bronze with Jack was really justÔÇª it’s hard to put into words. I’ve seen the pictures, I’ve seen the videos now and it just kind of gives me chills. It’s so amazing to know that I’ll have that for the rest of my life. It’s something that really is just a dream come true.

You‘ve publicly stated In-N-Out is far superior to Five Guys. Give us your best PSA.

There‘s really no comparison to In-N-Out and Five Guys. In-N-Out is just in a league of its own and is so much better. Even if it was my last meal, I wouldn’t go to Five Guys.