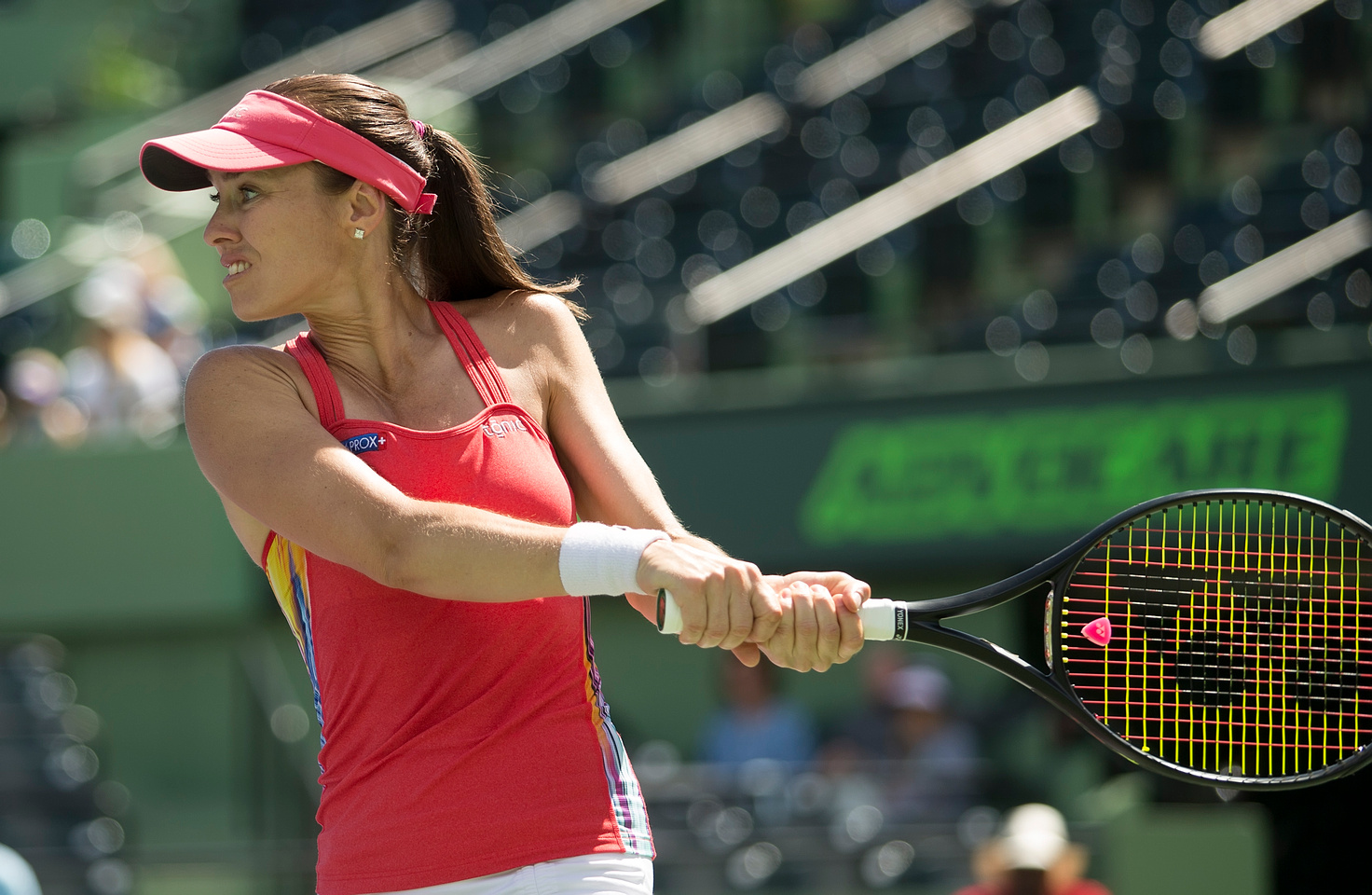 Hingis and Yung-Jan Chan came back from a set down twice en route to the final. The two then stepped up to defeat Timea Babos and Andrea Hlavackova 6-4, 6-3 for their second title of the year, adding to a previous triumph at Indian Wells. The victory marked Hingis‘ 57th WTA doubles title to add to her 43 singles crowns.

“We had to face two very tough matches at the start of the tournament, and I feel like we just got better and better with every match,“ Hingis told the WTA website.

Eugenie Bouchard (New York Empire) advanced to the singles quarterfinals on the back of three strong victories. She began by overcoming Alize Cornet in three sets before topping Maria Sharapova in a blockbuster second-round clash, prevailing 7-5, 2-6, 6-4. The Canadian then brushed aside world No. 2 Angelique Kerber with the loss of just three games before ultimately being outclassed by Svetlana Kuznetsova in the last eight.

Jack Sock (Springfield Lasers) partnered Nick Kyrgios to the semifinals in doubles, which included a nail-biting victory over Bob and Mike Bryan of the Washington Kastles in the quarterfinals.

Fellow Kastle Frances Tiafoe lifted his second ATP Challenger Tour trophy in a row with his win in Aix en Provence. Tiafoe edged Jeremy Chardy 6-3, 4-6, 7-6(5) in an exciting final. As a result, he moved up 14 spots to a career-high No. 65 in Monday‘s latest ATP Singles Rankings.