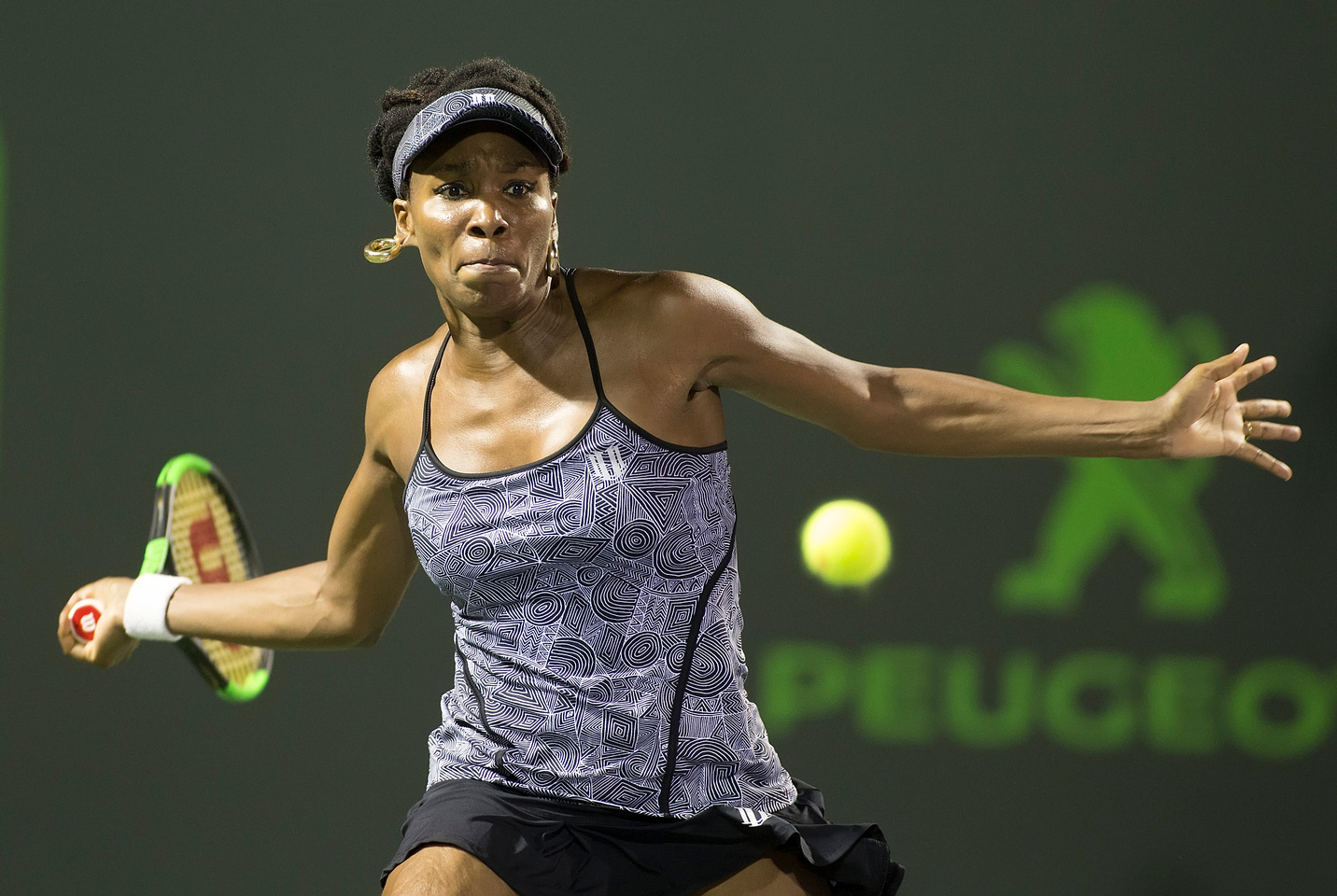 With her performance at the Miami Open, Washington Kastles standout Venus Williams has returned to the Top 10 of the WTA Rankings and is WTT.com’s pick for Mylan WTT Family MVP this week.

Williams advanced to the semifinals in Miami, posting back-to-back Top 10 victories. The seven-time major singles champion defeated seventh-ranked Svetlana Kuznetsova in the fourth round before ousting world No. 1 Angelique Kerber in straight sets to win a blockbuster quarterfinal clash under the lights. The American‘s win over Kerber marked her 15th against a WTA No. 1.

Though her run ultimately ended in the last four at the hands of eventual champion Johanna Konta, Williams saw her record on the year improve to 14-4. Williams is now slated to compete at the WTA event in Charleston this week.

Jack Sock (Springfield Lasers) enjoyed an equally successful week, advancing to the doubles final and singles quarterfinals. Sock partnered Nick Monroe to a runner-up finish, with the two posting upset wins over new world No. 1 Henri Kontinen and John Peers and countrymen Bob and Mike Bryan (Washington Kastles) in the semifinals. As a result of his singles run, Sock moved up to a career-high No. 15 in Monday‘s rankings. He is scheduled to fly to Brisbane for USA‘s Davis Cup World Group quarterfinal tie versus Australia.