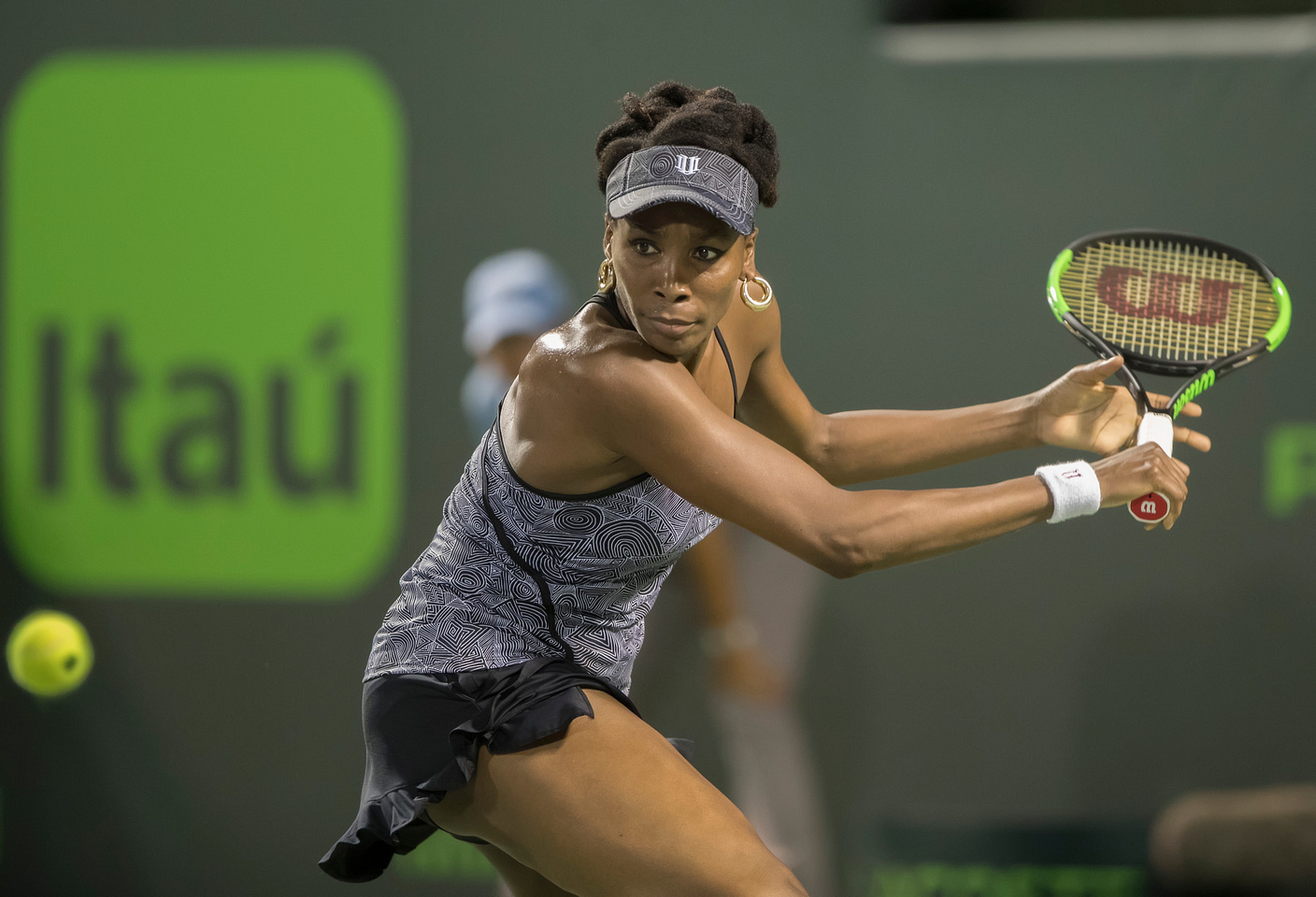 Washington Kastles superstar Venus Williams looks primed to win her first Miami Open crown in 16 years as she put together another strong effort in Wednesday‘s quarterfinals. The three-time former champion took down top seed Angelique Kerber 7-5, 6-3 for her 15th career win over a WTA world No. 1.

Entering the match with a 2-4 head-to-head record versus Kerber and without a win over the German since August 2014, Williams came prepared and full of confidence after topping seventh-ranked Svetlana Kuznetsova in the previous round. Williams and Kerber battled all match long, but Williams was able to create more opportunities with her return, breaking Kerber five times to prevail in one hour and 40 minutes. The win saw Williams erase the disappointment of the pair‘s previous meeting, which Kerber took in last year‘s Wimbledon semifinals.

Williams, who is seeking her first trophy of the season following a runner-up effort at the Australian Open (l. to Serena Williams), will meet 10th seed Johanna Konta in Thursday night‘s featured match not before 9 p.m. local time at Crandon Park. Konta holds a 2-1 edge over the American, with all of their prior clashes also coming on hard courts.

The Kastles family had other reasons to celebrate Wednesday, as they went 3-1 overall on the day. Longtime stalwart Martina Hingis and Yung-Jan Chan defeated Andreja Klepac of the Orange County Breakers and Maria Jose Martinez Sanchez 6-4, 6-2 in women‘s doubles quarterfinal action. Hingis and Chan are bidding to achieve an Indian Wells-Miami double, having picked up their first team title at the BNP Paribas Open. ┬á

On the men‘s side,┬áBob and Mike Bryan also moved through to the semifinals by battling past Croatians Marin Cilic and Nikola Mektic 6-7(4), 6-4, 11-9. The Bryans have lifted the Miami trophy on three occasions, most recently in 2014. Kastles newcomer Bruno Soares and Jamie Murray were edged out by former Mylan WTT Male MVP Marcelo Melo and Lukasz Kubot, 2-6, 6-3, 10-8.

Springfield Lasers rookie Jack Sock was slated to take on Rafael Nadal in the final match of Wednesday‘s night session.