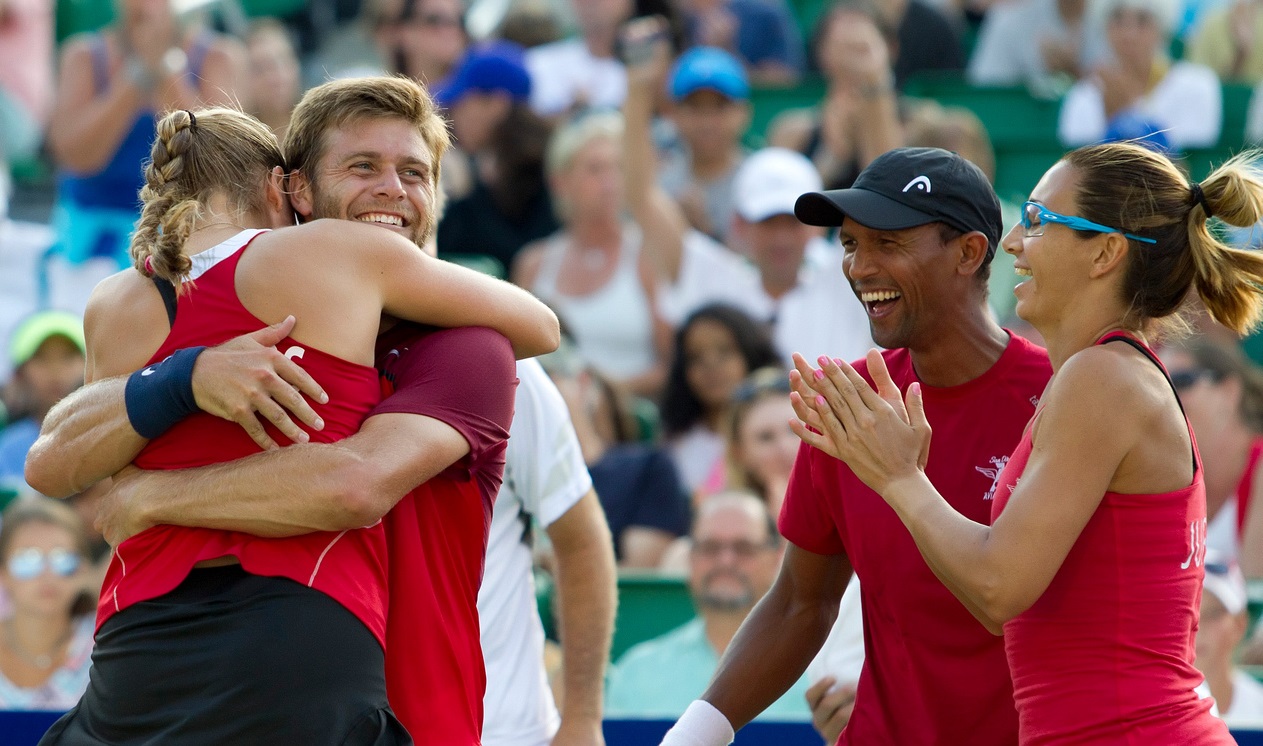 The defending champion San Diego Aviators will open the 2017 regular season of Mylan World TeamTennis presented by GEICO by hosting the Orange County Breakers on Sunday, July 16, in a rematch of the 2016 championship match.

League officials today released the 43-match schedule for the three-week season of Mylan World TeamTennis. The regular season runs July 16 through August 2, with the top two teams advancing to the Mylan WTT Finals at 8:00pm Pacific on Saturday, August 5 at the La Costa Resort in Carlsbad, Calif. This is the first time the championship finals have been played on the West Coast since 2007.

The Aviators return with most of their 2016 championship team intact as Shelby Rogers, Raven Klaasen and Darija Jurak are back this season. Rajeev Ram, who teamed with Klaasen to win the doubles championship in Indian Wells over the weekend, rounds out the roster as the Aviators look to put together another strong run that could end with the Mylan WTT Finals on their home court. The Breakers have revamped their 2016 squad by adding the 2015 Male MVP Teymuraz Gabashvili, former world No. 12 Yanina Wickmayer along with doubles standouts Andreja Klepac and Michael Venus.

Some of tennis‘ biggest names are set for the 2017 including former world No. 1 Venus Williams, Martina Hingis, Sam Querrey, and Bob and Mike Bryan suiting up for the Washington Kastles. Jack Sock, the highest-ranked American on the ATP World Tour makes his Mylan WTT debut for the Springfield Lasers. The lineup for the New York Empire includes John Isner, Eugenie Bouchard and Mardy Fish. Americans Sloane Stephens and former US Open champion Andy Roddick lead the Philadelphia Freedoms roster.

The Kastles will look to rebound in 2017 after missing the playoffs for the first time in six years last season. Washington is still chasing history with their bid to win a record seventh Mylan WTT title.

The top two teams from the regular season advance to the Mylan WTT Finals at 8:00pm PT on Saturday, August 5, at Omni La Costa Resort & Spa in Carlsbad, Calif.