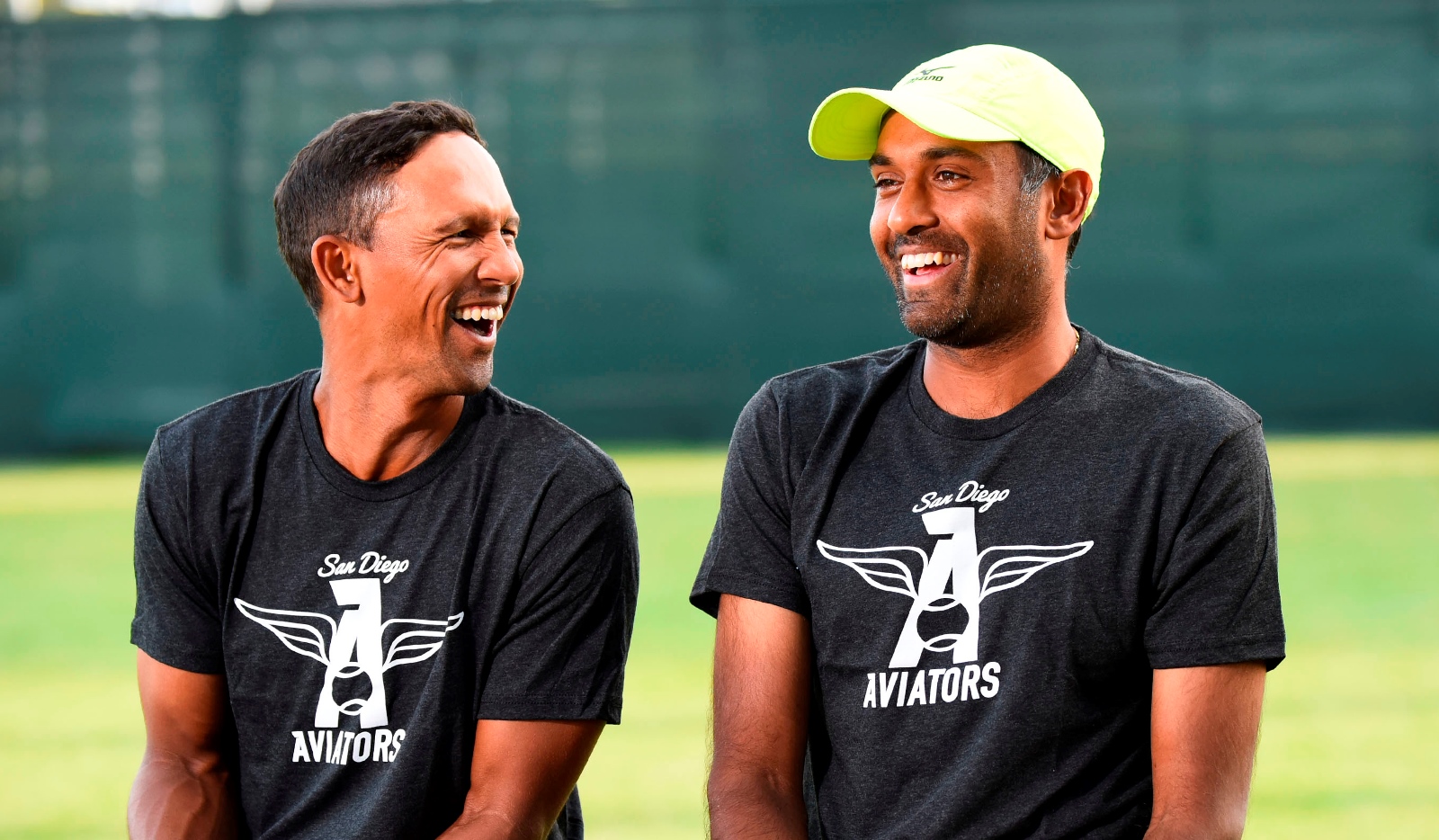 Competing at the BNP Paribas Open in Indian Wells, the sixth-seeded Ram and Klaasen prevailed in a decisive match tie-break on four occasions, posting comeback wins against Rafael Nadal (with Bernard Tomic) and Novak Djokovic (with Viktor Troicki). In the championship match, the two rallied past No. 8 seeds Lukasz Kubot and Marcelo Melo 6-7(1), 6-4, 10-8 to secure their first ATP World Tour Masters 1000 crown together. It marked Klaasen‘s second at the 1000 level (2015 Shanghai with Melo).

Ram, who is now ranked a career-best No. 11 in the ATP Doubles Rankings, told the ATP website, “We are trying to improve all the time. And when you see results that back up the work you have done, it really makes it motivating to keep going and keep trying to continue to get better.“

Mylan WTT newcomer Bruno Soares, who will suit up for the Washington Kastles this summer, was a semifinalist alongside Jamie Murray.

Kastles standout Martina Hingis also tasted victory at Indian Wells, teaming up with Yung-Jan Chan to win the women‘s doubles event. Joining forces for just their third tournament, Hingis and Chan eased past Lucie Hradecka and Katerina Siniakova 7-6(4), 6-2 in 90 minutes to lift the trophy. For Hingis, the victory gave the Swiss her third crown at the event and second in three years, having triumphed in 2015 with Sania Mirza.

The No. 1 overall pick in this year‘s Mylan WTT Marquee Draft, Jack Sock of the Springfield Lasers, put together his best showing at a Masters 1000 tournament by reaching the semifinals.

Perhaps Sock‘s most notable effort of the tournament came in the third round, when he fended off four match points to edge Grigor Dimitrov 3-6, 6-3, 7-6(7). Sock added his first-ever Top 5 victory over Kei Nishikori in the quarterfinals before seeing his run end at the hands of eventual champion Roger Federer. All was not lost for the Kansas City, Kan. resident, as he moved up to a new career-high No. 17 in the latest ATP Singles Rankings.

On the women‘s side, Venus Williams was the last Mylan WTT Family member standing. The longtime Kastles star advanced to the quarterfinals before going down to Elena Vesnina, who went on to win the event.