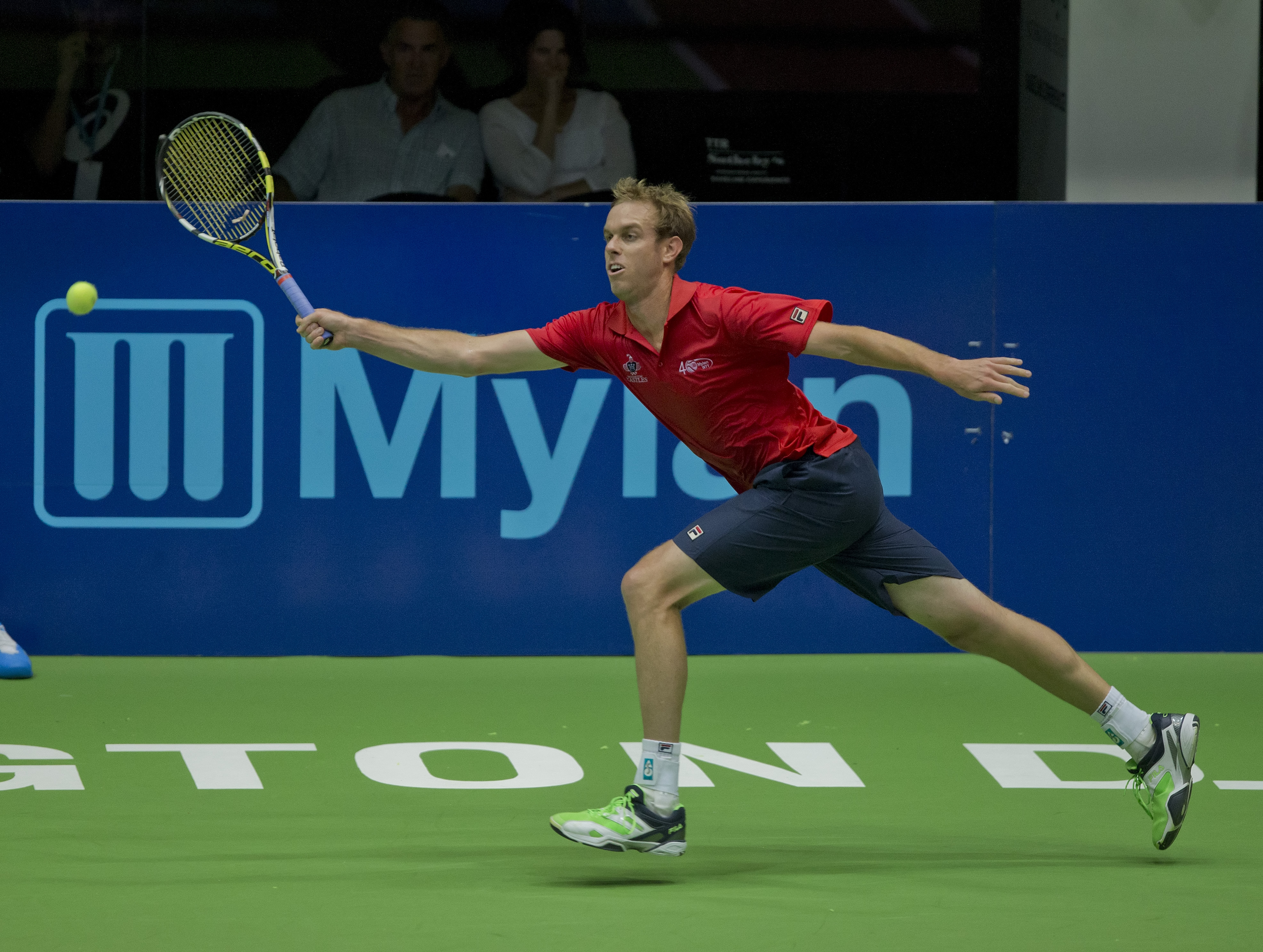 Competing at the Abierto Mexicano Telcel in Acapulco, Querrey put together arguably the best week of his career, knocking off four consecutive Top 20 opponents. He began with an upset win against 11th-ranked David Goffin and followed it up by sending ninth-ranked and defending champion Dominic Thiem packing in the quarterfinals. In the semifinal stage, Querrey bested Kastles teammate Nick Kyrgios to set a showdown with 14-time Grand Slam champion Rafael Nadal.

In the final, Querrey maintained his lights out form, delivering explosive groundstrokes, especially on the forehand wing. The 29-year-old unleashed 19 aces and saved all six break points he faced to defeat world No. 6 Nadal 6-3, 7-6(3) for his first victory over the Spaniard in five attempts. With the title, Querrey captured his second trophy at the ATP‘s 500 level and became the first American man to triumph at the event.

“It’s definitely a tournament that I’m going to remember for the rest of my life,” Querrey told the ATP website. “It’s just one of those weeks where I got in the zone and everything was working for me. I hope I can have more like this.”

Fellow Kastle Anastasia Rodionova was also victorious in Acapulco, partnering Darija Jurak of the San Diego Aviators to the women‘s doubles crown. Rodionova and Jurak, seeded third, brushed aside Veronica Cepede-Royg and Mariana Duque-Marino 6-3, 6-2 in 76 minutes to clinch their second team title, adding to their victory in Eastbourne last year. For Rodionova, it marked her 11th WTA doubles trophy while Jurak celebrated her fourth title. In the men‘s doubles final, the New York Empire‘s John Isner finished runner-up with Feliciano Lopez to No. 1 seeds Jamie Murray and Bruno Soares.

Before falling to Querrey, Kyrgios pulled off a major upset of his own, stunning Novak Djokovic in the quarterfinals for his 11th career Top 10 win. He also became just the second player to defeat Djokovic, Roger Federer and Rafael Nadal in their first head-to-head meetings, joining Lleyton Hewitt. Christina McHale of the Empire enjoyed a semifinal run on the women‘s side, with her biggest win coming in the quarterfinals over 2016 Olympic champion Monica Puig.