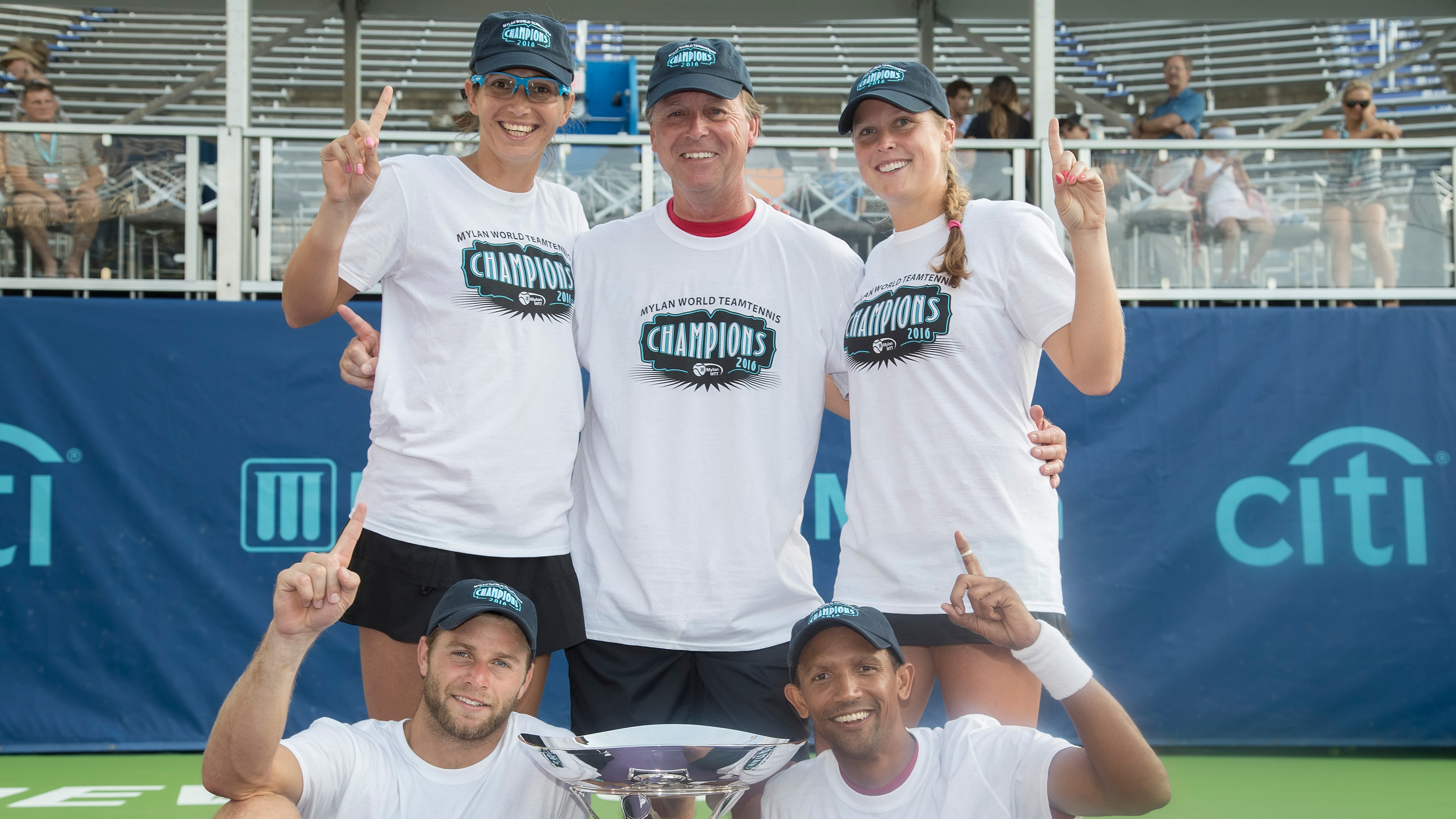 The San Diego Aviators defeated the Orange County Breakers 25-14 to win their first Mylan World TeamTennis championship on Friday in the Mylan WTT Finals presented by Citi at historic Forest Hills Stadium at The West Side Tennis Club.

However it may have been Ryan Harrison who had the most impressive feat of the day. For Harrison, the league‘s Male MVP, it was a double victory, as he also qualified for the US Open earlier in the day, dismissing Henri Laaksonen to earn a spot in the main draw. He then made the short drive across the borough of Queens to contribute to Coach John Lloyd‘s team in winning the King Trophy.┬á

"You're trying not to get ahead of yourself," said Harrison of his unique morning-afternoon twin-bill. "You're focusing completely on your match, but in the back of your mind you'd like to win quickly. I tried to focus in on my service games, get ahead and put them away."

Klaasen, ranked No. 10 in doubles on the ATP World Tour, was named the Mylan WTT Finals MVP presented by Forevermark for his performance. Klaasen, who was presented with a Forevermark diamond after the match, teamed up with Jurak and Harrison to post a pair of 5-2 wins in mixed doubles and men‘s doubles.

“It feels really nice to get the MVP award but it feels a bit undeserving because our whole team played very well,“ said Klaasen who credited team chemistry with their success. “We were apart for four days and when we saw each other again last night, it felt like we had been apart for a year. Our team chemistry has been great. We will be friends for the rest of our lives.“

Jurak and Klaasen began the afternoon with a 5-2 mixed doubles triumph over the Breakers‘ Alla Kudryavtseva and Scott Lipsky. Then Rogers and Nicole Gibbs battled it out in women‘s singles, with Rogers upending Gibbs, 5-2, for a 10-4 Aviators advantage.┬á

“It‘s different playing for your team than just singles for myself,“ said Rogers after the singles win, in which she rallied from down 1-2 and facing a game point in what may have been the turning point of the match.

Next was men‘s doubles, with the duo of Harrison and Klaasen extending the Aviators‘ advantage to a commanding 15-6 with another 5-2 set triumph, over Scott Lipsky and Dennis Novikov. Women‘s doubles was next, with Rogers and Jurak teaming to topple Gibbs and Kudryavtseva by that same 5-2 score.┬á

Winning the title at Forest Hills Stadium was also special for Lloyd who was named as the 2016 Mylan WTT Coach of the Year earlier this month. "It brings a lot of memories back; I played back in the US Open when it was on grass and clay," added Lloyd, in his second year at the helm of the new champions. "In fact on this court I lost to the great Bjorn Borg. It was nice to play on this beautiful court. To come back and win this title was great."