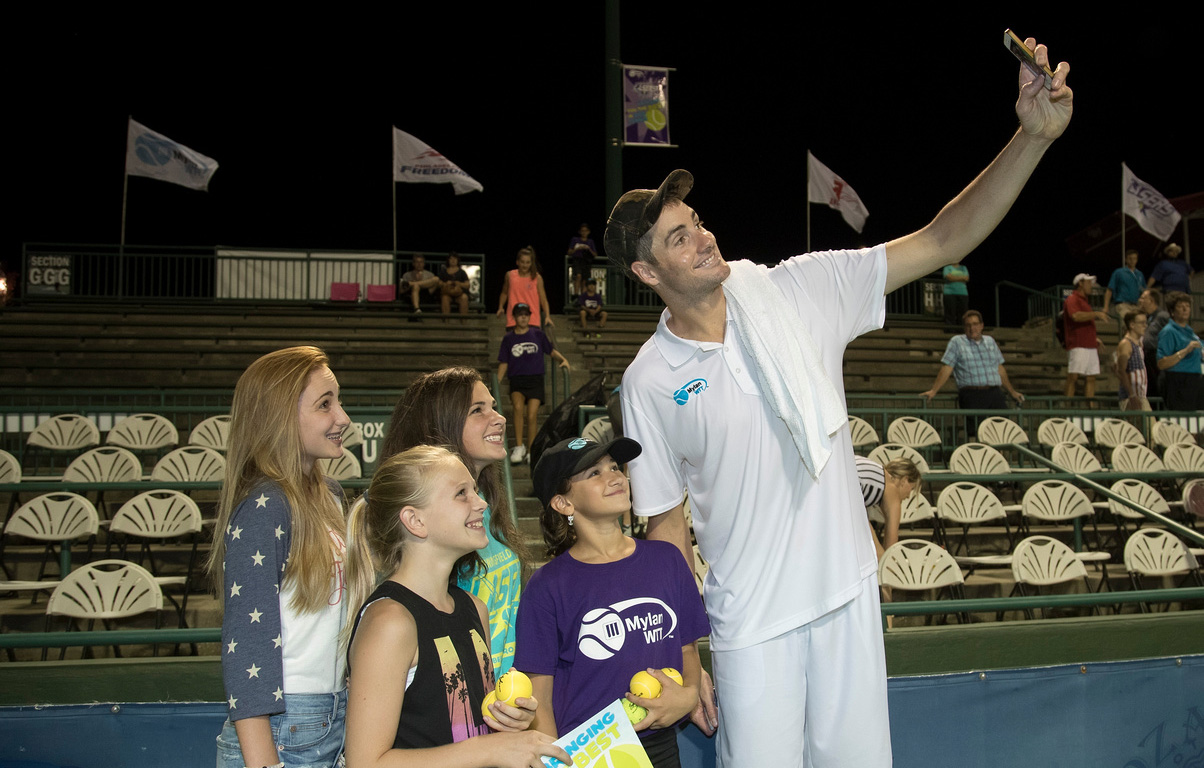 John Isner took the Mylan World TeamTennis court for his sixth season on Thursday night, suiting up for the Springfield Lasers. Isner helped the Lasers score an upset victory over the San Diego Aviators, who entered the match with a 7-2 record and a chance to clinch a spot in the Mylan WTT Finals presented by Citi.

WTT.com caught up with Isner, who discussed the Springfield community, playing the role of spoiler and more in this Q&A. The World No. 19 now heads to Cincinnati for the Western & Southern Open, where he is a former finalist.

You returned to the Springfield Lasers for the second Mylan WTT season in a row on Thursday night. What were you looking to get out of the match ahead of your US Open Series campaign?
Trying to get some confidence is what I was looking for. This competition is great. I know I‘m going to be up against world class players on the other side of the net and this is an atmosphere that‘s very different from a regular tour. You‘re not playing for yourself and there‘s a lot of pressure that comes with that. It‘s still a lot of fun. For working on getting into a rhythm of matches, this is good preparation.

There is a lot of talent in the League from outside the United States. What do you think of the global representation in Mylan WTT this season?
I think the name World TeamTennis is very appropriate. It‘s how global this sport is and how global it has become. There‘s of course a lot of talent in the United States but there‘s so much talent all across the world. World TeamTennis, this year, and the Lasers especially, are experiencing that as well. So it‘s very cool to get a lot of different players and a lot of different personalities from all over the globe.“

Now that you‘ve made a few trips to Springfield, how would you describe the city to a first-time visitor?
I would just say that to me it seems like a close-knit community. The people are so nice and down to earth and very, very humble. It‘s a good part of the country I really enjoy being in. Here in Springfield, they have this fantastic tennis complex. One of the best tennis complexes that I‘ve ever seen. There‘s a lot of passion for the game of tennis and it goes to show that I‘ve been here for a long, long time.┬á

The Lasers were out of postseason contention coming in, but with the Lasers‘ win tonight, you helped deny the Aviators a place in the Mylan WTT Finals for at least another day. Is playing the role of spoiler something you can appreciate, especially being such a big sports fan?
Absolutely. You see it in team sports all the time. Whatever it may be, baseball, basketball, NFL. Teams that have been eliminated can eventually become pulled down to that spoiler role, but it‘s an opportunity that our team relished tonight. We went out there to try and spoil San Diego‘s dream of getting into the finals and hopefully a championship for at least tonight.

Your alma mater, the University of Georgia, has been doing quite well in the Olympics. How much have you been following your fellow Bulldogs down in Rio?
I know UGA had 10 or 11 Olympians, which I think is a very good amount. It‘s awesome that a gold medal is coming back to Athens. I think you see a lot of colleges all across the states have a lot of Olympians in the games. Of course I‘m closely following the Georgia Bulldogs who are in it.