StreamCap: Breakers On A Roll 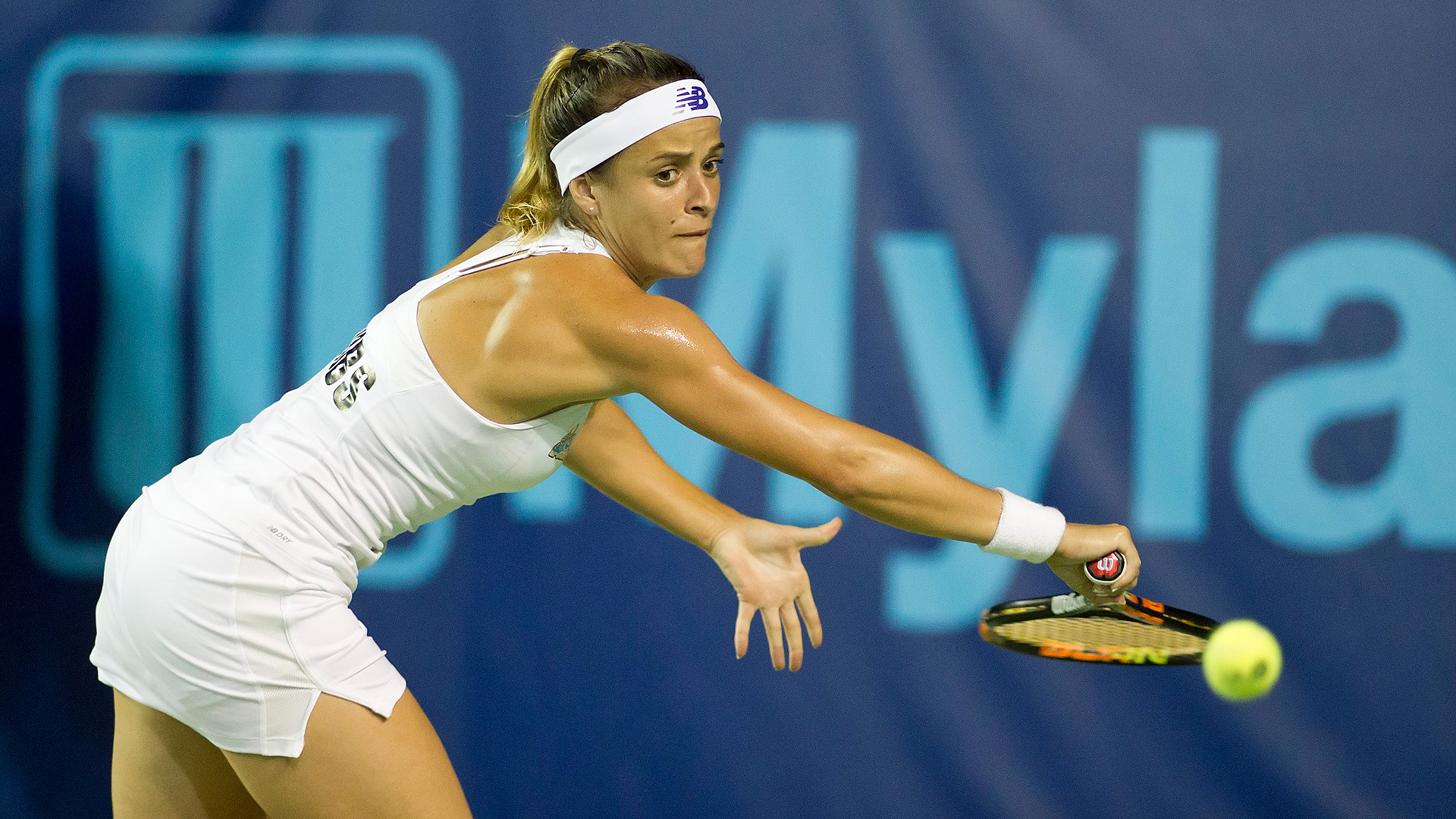 Comebacks were the theme at Breakers Stadium at Newport Beach Tennis Club in more ways than once on Sunday night, but the Orange County Breakers steadied enough overall to hand the visiting Philadelphia Freedoms a third straight defeat, 23-17.

The night began with men‘s doubles, and it was the Breakers who started off the stronger of the two sides, as Dennis Novikov and Scott Lipsky began the night with a serving clinic, hitting three aces in their first two service games to build a 4-1 lead in the set. However, the Freedoms pair of Lukas Lacko and Fabrice Martin was just getting started from there, and the visiting side ran off three straight games, with Lacko in particular providing a spark with his returns of serve in the seventh game, to level the set at 4-4 and rode the momentum all the way through the tiebreak to steal the opening set for Philadelphia.

The tide quickly turned in the match behind Nicole Gibbs, however, as she duly took advantage of a slow start from Naomi Broady to get the first break and lead 3-1. Although Broady got herself back into the set, a poor serving night did her in, as she landed only 36% of her first serves to quickly give the upper hand back to Gibbs. A double fault for the Brit put her down 1-2 serving at 3-3, and after Broady hit an ace to level the game at 2-2, Gibbs ended the first point out of the ensuing GEICO Timeout with a smash winner for break point, which she converted on by showing off her speed and chasing down a dropshot for a winner. Given the lead for a second time, Gibbs made no mistake, as a backhand winner set up set point before Broady buried a forehand volley into the net to put the Breakers up 9-8.

Up next for the home side was Dennis Novikov, who hardly put a foot wrong in the men‘s singles event against Lukas Lacko. Dominating the middle of the court, a quick break put Novikov ahead early, and even after calling a timeout in the middle of the third game, Philadelphia had few answers — and fell behind 4-0 when Novikov cracked a backhand winner on the only 3-3 deciding point of the set. While Lacko briefly put up some resistance to take a pair of games and trim the set to 4-2, Novikov‘s all-court tennis returned in the final game, building a 3-0 lead and chasing down a short ball to put away the winner and win the set 5-2.

After suffering defeats in their last two matches, Broady and Martin started off the mixed doubles in fine form, with Broady in particular striking the ball with great effect to earn an early break of the Alla Kudryavtseva serve to lead 3-0. From 4-1 down, however, the Breakers had a comeback of their own in them, as Kudryavtseva more than held her own against Martin in a handful of rallies, to win three straight games and also force a tiebreak. The Freedoms got back on track in the breaker, though, as the two teams changed ends with Philadelphia leading 3-1 before a big return from Martin on set point salvaged the tiebreak and brought the score to 18-15 in favor of Orange County.

The home side hammered home victory in the final event, however, as Gibbs and Kudryavtseva partnered for a 5-2 win in women‘s doubles over Broady and Samantha Crawford to close out the night. After the Russian held her first service game with an ace, the Breakers were off and running in the set, breaking Broady for the lead before Gibbs held serve to lead 3-0. The Breakers needed little more than that, as the Freedoms were unable to carve out a break point in the set, before Gibbs fired home a service winner on match point to take home a fourth consecutive victory.

San Diego Aviators def. Springfield Lasers, 22-19
The Aviators kept pace with their California rivals thanks to a win over the visiting Lasers on Sunday night, where they built a 15-8 lead at halftime and held on to win in Extended Play. The first three sets went the way of the home team behind wins in singles for Ryan Harrison and Shelby Rogers, before Harrison and Raven Klassen put a bow on the first half with a 5-3 win in men‘s doubles. The Lasers rallied in the second half behind a tiebreak victory for Pauline Parmentier and Michaella Krajicek in women‘s doubles, and a dominant display by Becker and Krajicek in the mixed forced Extended Play; the Dutchwoman and the German then proceeded to take the opening game to pull the match score to 21-19, but Klaasen edged out his first game on serve to quell the comeback and give the Aviators a victory.

New York Empire @ WASHINGTON KASTLES, 7:00 PM EDT
The Kastles, who‘ve lost their last three matches after beginning the season 3-0, welcome the Empire into the Smith Center looking to get back in the win column. Wimbledon Cinderella story Marcus Willis will take the court as a substitute for the Empire, as Patrick McEnroe‘s team looks to get back in the win column after losing two straight following the franchise‘s first win.

Philadelphia Freedoms @ SAN DIEGO AVIATORS, 7:00 PM PDT
Also looking to snap their three-match skid is Philadelphia, who head to San Diego a game back of both California teams in the league standings. The two teams will square off for the first time this season.