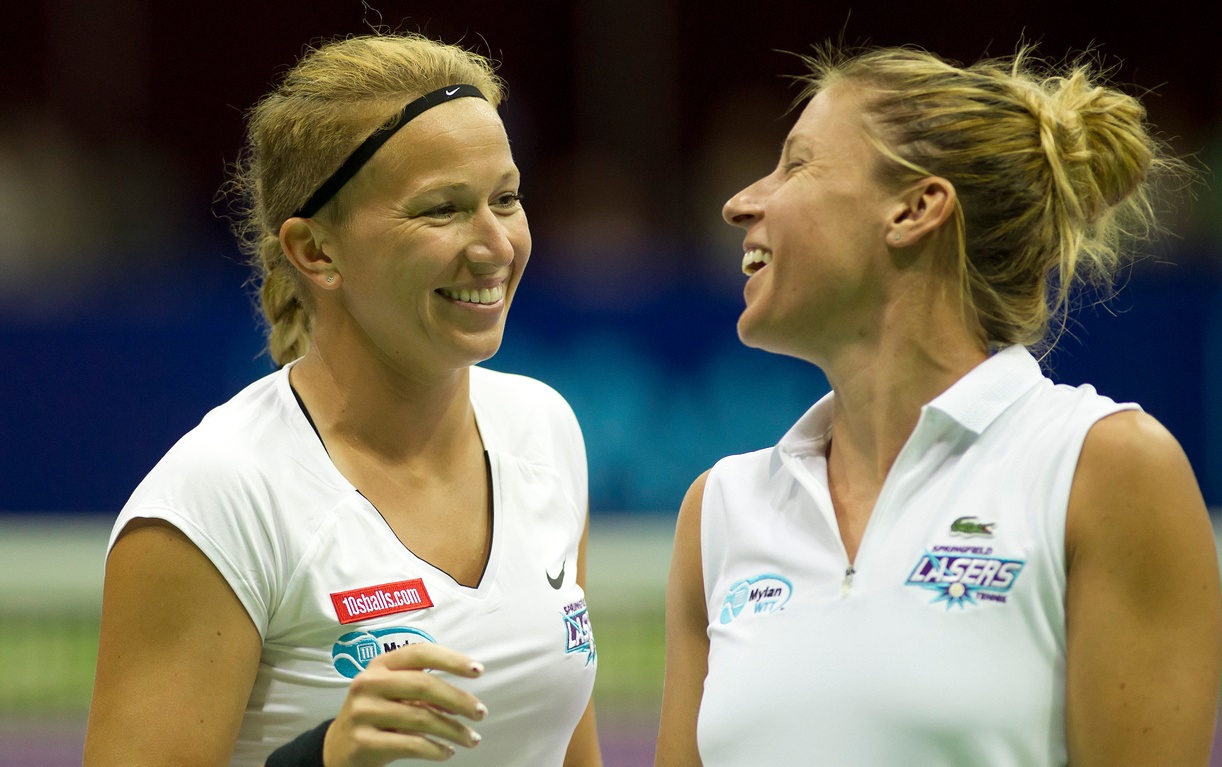 When Thursday began in Mylan World TeamTennis, one team was perfect — while one other was anything but.

By the end of the night, however, neither of those things remained true, as the Springfield Lasers sprung one of the first big surprises of the season, taking four of the five sets against the Philadelphia Freedoms to come away with a 24-19 victory. The Lasers claimed their first victory of the season to move to 1-4, while the Freedoms — the league‘s last unbeaten team after beating the Washington Kastles on Wednesday — fell to 4-1 on the season.

With little to separate the men‘s doubles teams of Benjamin Becker and Jean Andersen and Lukas Lacko and Fabrice Martin to begin the match, the two sides found themselves in a breaker after trading breaks in the set — a harbinger of things to come. A missed backhand volley in the net from Lacko gave the Lasers the mini-break to open, before Becker stole the show from the baseline, blasting two forehand winners — one crosscourt and one down the line — to lead 3-0. That advantage was enough to give the first set to Springfield, who came into the night 0-2 against the Freedoms in 2016, including a 20-16 defeat on Tuesday after claiming the first two sets.

The women‘s doubles team of Michaella Krajicek and Pauline Parmentier had all the answers to Naomi Broady and Samantha Crawford, as the Lasers pairing put three of the first four games on the board to lead 3-1 at the change of ends. Dominating the net and and saving both break points faced, Krajicek and Parmentier took the second set 5-3 to open a 10-7 lead. As was the theme all night, the men‘s singles set also came down to the wire, but Lacko got things done on both his serve and return to give the Freedoms some momentum headed into halftime. He cracked an ace to lead 3-2 in the tiebreak and later stroked a return winner on a deciding set point to seal Philadelphia‘s only set of the night, pulling the Freedoms to within two games at 14-12.

The most thrilling set came next in the women‘s singles — although it didn‘t start out that way on the scoreboard. Using her own forehand to great effect, Parmentier withstood the barrage off the Broady racket to open up a 3-0 lead. After Broady got on the board with an ace, Parmentier came through a tight game to put herself in prime position for the win up 4-1.

Broady, though, had other ideas, as she started to boss points from the baseline and fire herself up repeatedly as the crowd got behind her; the Brit ran off a string of three straight games to bring the set into a tiebreak, and later held a set point on her serve at 4-3 to pull off the near-impossible. Parmentier saved her best for last though, as she stroked a pair of forehand winners to steal the set and give the Lasers a three-game cushion headed to the final event.

With the Freedoms needing a dominant showing to keep their perfect record intact, or a victory at the very least to force Extended Play, the serves of Becker and Krajicek proved to be nearly untouchable in mixed doubles. The duo dropped just two points behind their deliveries and never allowed Broady and Martin even a look at a break point on return. On the other end, a break of the Broady serve proved to be all the Lasers needed, as they wrapped up the match in emphatic fashion at love to earn their first victory.

After earning the first win in franchise history on Wednesday night, the Empire head west to take on the San Diego Aviators at the Omni La Costa Resort and Spa.

The second and third place teams in the league go head-to-head out west: the Breakers, coming off a final set win against San Diego on Wednesday, are looking up at the Kastles, who lost to Philadelphia, in the standings.