StreamCap: Kastles Kick Off 2016 in Style 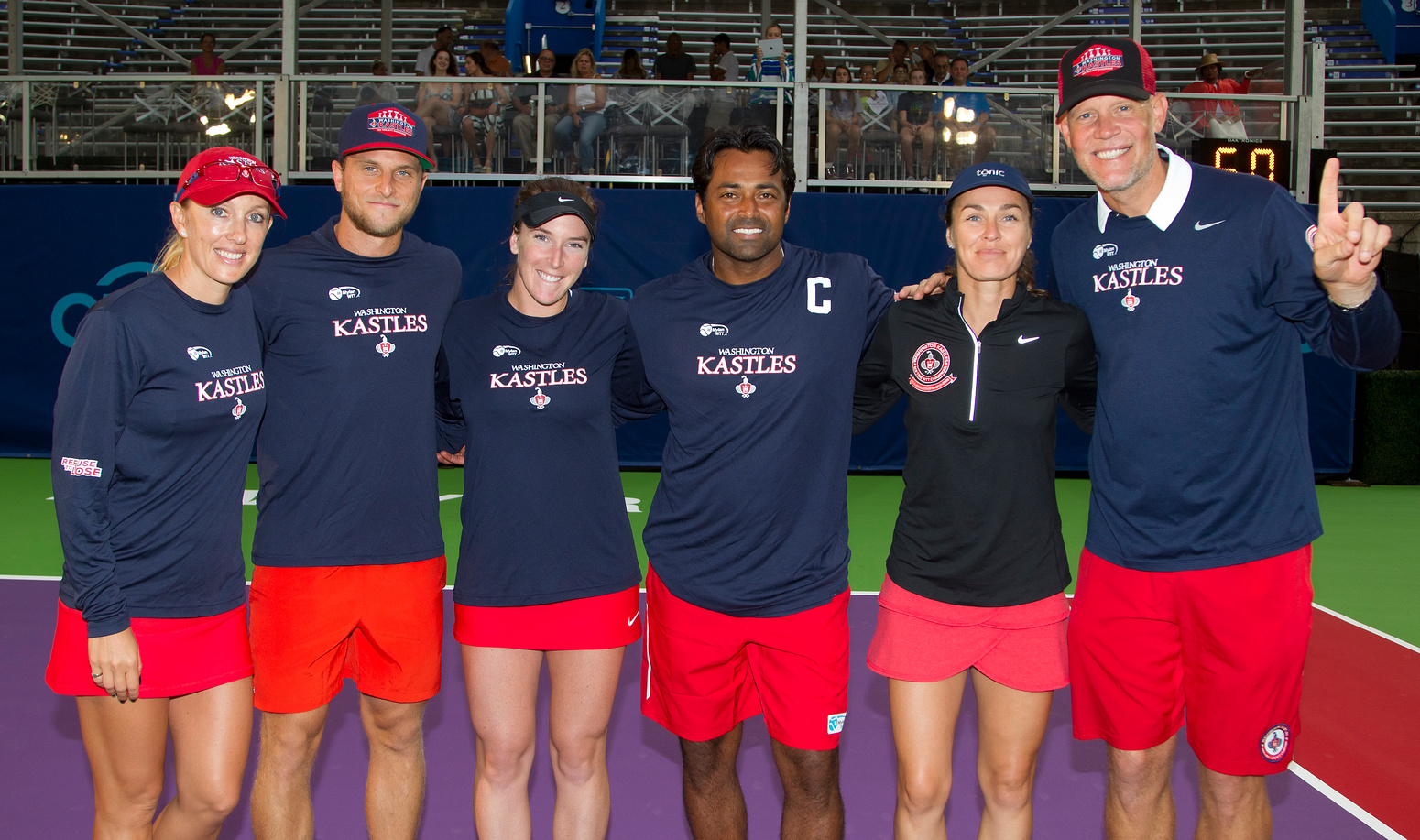 The Washington Kastles began the 2016 season of Mylan World TeamTennis just as they ended 2015: as victors, with the win finished with a flourish by Madison Brengle.

Brengle, who clinched the final point in last year‘s Mylan WTT Finals to give the Kastles a record fifth straight title, defeated debutant Christina McHale 5-2 to cap off Washington‘s 22-15 victory over the New York Empire at West Side Tennis Club in Forest Hills to officially mark the start of the league‘s 41st season on Sunday night.

The Empire, contesting the franchise‘s first-ever match, proved to be a game challenge for the defending champions from the first ball, as Neal Skupski struck an ace on the first-ever point played by the Empire in the opening men‘s doubles set. After Skupski and Guido Pella traded breaks with Leander Paes and Kastles substitute Denis Kudla, the teams headed to the first changeover locked at 2-2 apiece, and a pair of holds for both teams saw the opener head to a tiebreak. Paes, the 2015 Mylan WTT Finals MVP, in the tiebreak to take it 5-1, and put the Kastles on top.

The Kastles never trailed in the match from that point, as each of the remaining four sets were decided by identical 5-2 score lines. The decorated women‘s doubles team of Anastasia Rodionova and Martina Hingis — who, between them have three Mylan WTT Female MVP awards — displayed the kind of chemistry that‘s seen them become an integral the Kastles‘ dynasty in recent years, defeating McHale and Maria Irigoyen to stretch the Kastles‘ lead to 10-6.

Pella returned to the court to take the only set for the Empire in men‘s singles, as the rookie from Argentina outgunned Kudla in almost every department to take the third set, sending the Empire into the halftime break trailing by just one game at 12-11. From there, though, Hingis, Paes and Brengle combined to show the kind of tennis that brought the Kastles to the summit of Mylan WTT a year ago; the Kastles mixed doubles team delivered in the clutch, winning three of the four games that went to 3-3, while Brengle rolled behind 76% of first serves to get the defending champions off on the right foot.

Philadelphia Freedoms def. Springfield Lasers, 23-17
It was all about the debutants for both the Freedoms and Lasers on Sunday in Springfield, as seven of the eight players competing for the two teams are in their first season of Mylan WTT. It was the Freedoms‘ rookies who got off to the stronger start, as Lukas Lacko and Fabrice Martin beat Jean Andersen — the only returning player on either team — and Benjamin Becker, 5-3, to open the match. A pair of tiebreaks went in the Lasers‘ favor, however, as Pauline Parmentier edged Naomi Broady before Becker defeated Lacko to tie the match at 10-10 at halftime.

Undaunted, the stage was set for Broady, and the Briton had a hand in Philadelphia‘s wins in women‘s and mixed doubles after the halftime break to lead the team to a win. First, she partnered with Samantha Crawford to exact a measure of revenge on Parmentier and her partner Michaella Krajicek, dominating to the tune of a 5-1 set; in the final frame, Broady and Martin never faced a break point and converted on their only opportunity to best Andersen and Krajicek and give the Freedoms their first win of the season.

San Diego Aviators def. Orange County Breakers, 20-19
The doubles made the difference for San Diego on Sunday night, as the Aviators rallied after dropping the singles sets to claim all three doubles matches and claim overall victory.

California kids Dennis Novikov and Nicole Gibbs got the Breakers off quickly, defeating James Blake and Shelby Rogers respectively to open up a 10-5 lead in the match for the visiting side. From there, though, the tide began to turn, as Blake and Raven Klaasen lost just five points in total on serve to roll in men‘s doubles, 5-2 and close the gap to just two games at halftime.

Women‘s and mixed doubles proved to decided proceedings — and both sets certainly ramped up the drama to close out play on Opening Night. The Breakers‘ Gibbs and Alla Kudryavtseva led Rogers and Darya Jurak by a break of serve at the midway point of the set, but the American and Croatian won four consecutive games to steal the set and knot the match at 15-15 heading to the mixed finale. After Kudryavtseva and Lipsky rallied from a break down late to send the set to a tiebreak, Jurak and Klaasen steadied their nerves and serves to claim victory and give the Aviators a win.

Springfield Lasers @ WASHINGTON KASTLES, 7:00 PM EDT (LIVE ON ESPN3)
The Lasers head to the Smith Center in the nation‘s capital for a meeting with the Kastles, who are scheduled to boast a lineup featuring Hingis before she heads to Rio for the Olympic Games; fellow Olympian Denis Kudla; and Bob and Mike Bryan, who will debut for Washington.

Philadelphia Freedoms @ NEW YORK EMPIRE, 7:00 PM EDT
Marquee player and former World No. 1 Caroline Wozniacki returns to Mylan WTT for the first time in a decade after debuting as a 16-year-old as the Freedoms visit the West Side Tennis Club for a meeting with the Empire.

San Diego Aviators @ ORANGE COUNTY BREAKERS, 7:00 PM PDT
American No. 2 Steve Johnson suits up for the Breakers on Monday night, as they host the Aviators for the second of four consecutive matches between the California-based clubs.