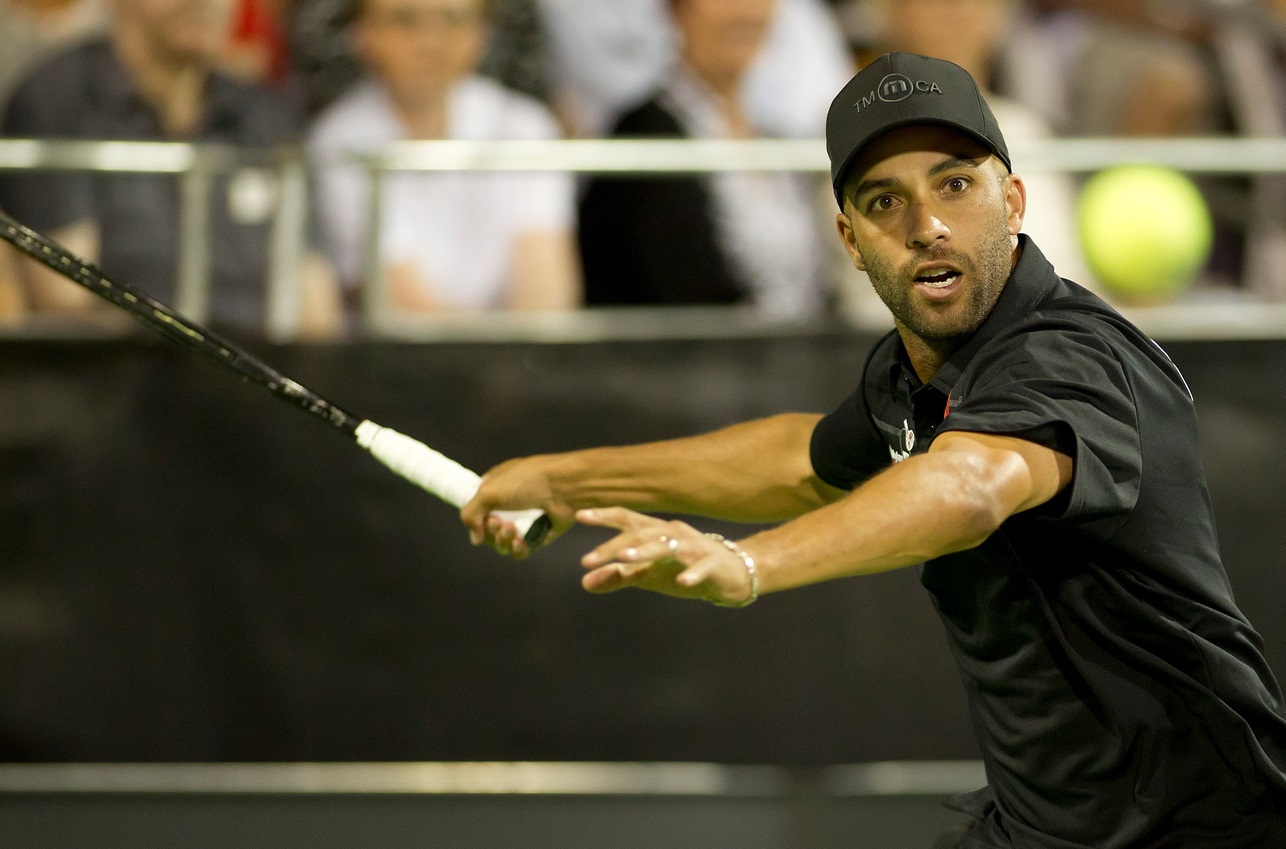 For James Blake, life in San Diego is everything he could have hoped for thus far.  The 36-year-old, who grew up in the Northeast, has more than found his footing in the community.  A former Arthur Ashe Humanitarian of the Year, Blake is still involved with the sport that saw him reach No. 4 in the world and win the 2007 Davis Cup title with his US teammates.

Among his current connection to tennis is local Mylan WTT franchise, the San Diego Aviators. Blake will headline opening night at the Omni La Costa Resort & Spa on July 31 when his team hosts the Orange County Breakers. WTT.com caught up with Blake to chat about the League, navigating Twitter, fatherhood and moreÔÇª

Welcome back to Mylan WTT. What does it mean to be able to play this season for the San Diego Aviators, a team that you‘ve become involved with the past couple of years?
I love being involved in tennis and especially linking it with the community I reside in. So it was exciting for me to become involved with the Aviators immediately last year. I hope they continue to have me and I enjoy being a part of the team in any way possible.

With the upcoming season being your 10th in the League, why do you think WTT is an important fixture of the tennis calendar in the United States?
I think WTT is an important part of the schedule because it offers a few unique qualities. The first being gender equality that Billie Jean King has been such a staunch supporter of. The others are having players focus on quick starts. That helps in matches throughout the year. Having a team atmosphere is also something that I always enjoyed and think this is a perfect scenario, especially for people who don’t have the opportunity to be a part of Davis Cup or Fed Cup.

What is it about San Diego that attracted you and your family to settle down in the area?
Well, the weather is a pretty big draw. My wife used to live here and after a few winters in Connecticut, this weather seemed like even more of a draw. Now that we are here, the people have been a much better reason to stay here than just the weather.

How excited are you to see young American talent like teammate Shelby Rogers and former Aviator Taylor Fritz improving and making their way up the rankings?
It’s great to see any Americans doing well in the rankings. Especially when there is a connection personally. For Taylor, I got to know him when I moved here. He is a true talent and also seems to be a great person with an amazing work ethic. Shelby‘s run at the French Open was thrilling and I am proud to be playing with her as an Aviator this year.

Twitter is a platform that you avoided for many years, but you joined last fall and have become quite the regular. What is the greatest asset it offers to someone like you, who is still actively involved in the tennis space?
I joined because I felt it was necessary to get the message out about my unfortunate incident in New York last year. After I used it for that, I have come to realize it is extremely useful for following news stories and getting information that’s personally important. I have tried to show a little bit of my personality on there as well and generally try to have positive messages.

Your eldest daughter Riley recently turned four. How fast have these past few years flown by for you and Emily?
It seems like yesterday that we brought her home from the hospital and had no clue what we were doing. It seems like we have come so far, but still probably don’t know what we are doing. But we sure are doing our best to make her happy, responsible and caring.

Has either of your daughters shown an interest in tennisÔÇª yet?
Riley took a little tennis camp this summer for the first time and seemed to enjoy it. But she also enjoys soccer, swimming, tee ball and anything involving running.

San Diego is the leading producer of avocados in the country. Are you a fan of this superfood and if so, what‘s your favorite avocado dish?
I think the only thing I like with avocados is guacamole. I have definitely noticed that it seems to be pretty prevalent on almost every dish here though.

Are you still following your Mets or has the scenic PETCO Park caused you to cross over to the Padres?
I am definitely still following the Mets. I’ve already tried to influence my girls to be Mets fans as well. They came with me to the Padres/Mets game at PETCO and I got one of them to cheer for the Mets.