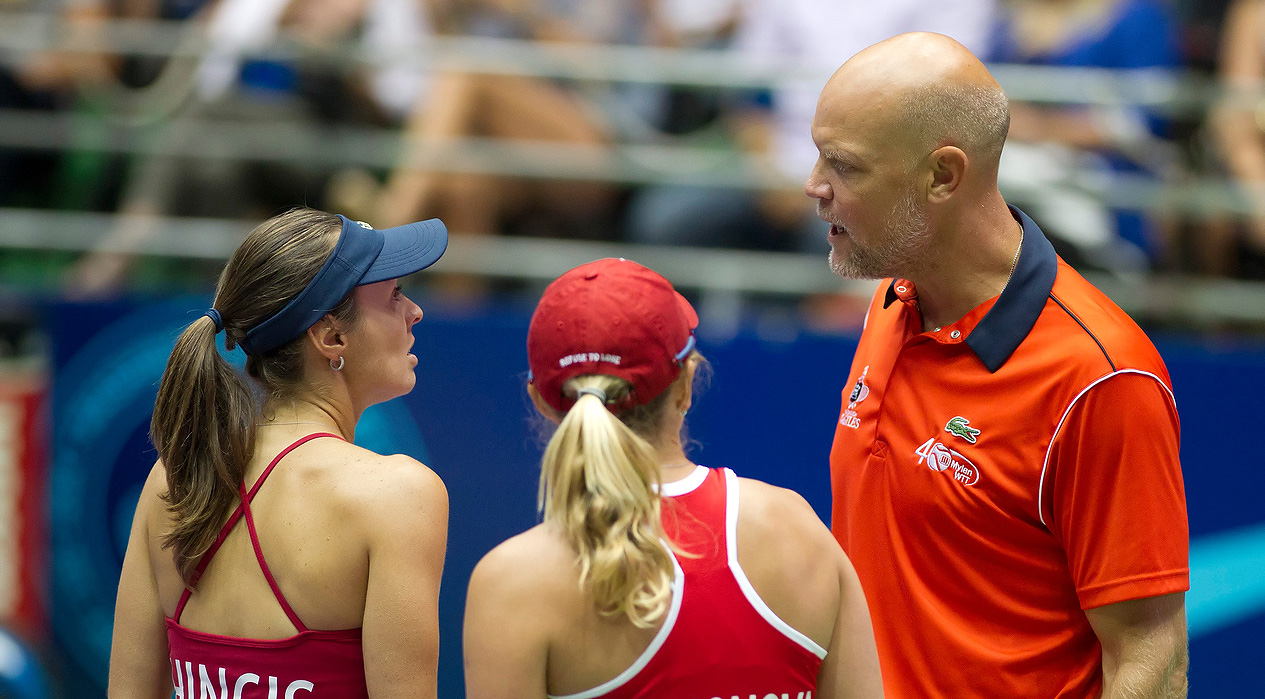 On a Mylan World TeamTennis team, everyone is equal. But there‘s one leader who‘s especially responsible for pumping up players, keeping them focused, and ensuring their players compete to the best of the ability within the WTT format. Who? The coaches for each franchise, of course.

There are six WTT head coaches whose mission it is to make their players the best they can be during the action-packed season. They are: Patrick McEnroe of the New York Empire, Rick Leach of the Orange County Breakers, Josh Cohen of the Philadelphia Freedoms, John Lloyd of the San Diego Aviators, John-Laffnie de Jager of the Springfield Lasers and Murphy Jensen of the Washington Kastles.

In a Mylan WTT match, every point matters and every game counts. That‘s a saying that any WTT coach knows and keeps close to the heart. Because of the league‘s innovative scoring, first strike tennis and big-serving are keys to success. A strong mental game and the ability to play both singles and doubles is crucial too.

A Mylan WTT match is a fan-friendly event, but it‘s also one filled with extremely competitive tennis and players fighting for each point to ensure their team‘s success on-court. After all, the King Trophy is at stake for the squad that claims the championship.

To win, coaches must make quick and smart decisions with their teams during matches in a way that‘s unparalleled in tennis. Here are three things to know about the league to better understand the coach‘s role ahead of Mylan WTT‘s 41st season:

1. Order of Play: The home team‘s coach has the power to choose the order in which sets are played. Meanwhile, a match is a contest between two Mylan WTT teams and consists of five sets plus Extended Play, if any, and Supertiebreaker, if necessary. The events/sets are men’s and women’s singles, men’s and women’s doubles and mixed doubles.

2. Substitutions: Another innovative part of every Mylan WTT match is the ability for coaches to substitute players in the middle of a set. A coach may substitute one player, per event, per gender at the conclusion of a point. If a player is substituted for, he/she may not return to the match in that same set.

3. Timeouts: The third innovative way in which Mylan WTT coaches have the ability to empower players in a highly competitive setting is through calling for timeouts during the match. Each team is allotted two timeouts per set. Timeouts are twenty (:20) seconds in length and do not carry over between sets. Teams receive one timeout each for Extended Play added to the remaining timeouts from the 5th set. Teams also receive one Timeout each if the match goes to a Supertiebreaker. Only the coach may call a timeout. Coaches or players may enter the court area during these breaks in action.

Much like the players who love the format, Mylan WTT coaches sing its praises too. “Every game does count,“ said Patrick McEnroe. “Even if you get down 3 or 4-love in a set, it‘s very important to keep battling.“

That‘s a sentiment echoed by league co-founder Billie Jean King, who served as a coach during her career. “The important thing to remember is that every game counts. If you’re having a bad night in a set, you want to keep the spread tight,“ she explained. “Even if you win one extra game or just one game in that set, it makes the difference at the end of the night since we count every single game as a point.

Unsurprisingly, a coach can make or break a team‘s chances of winning by making use of those three opportunities in a match listed above.

“The great thing about TeamTennis is that you have to play every single point,“ added McEnroe. “I think it‘s the bang, bang nature of TeamTennis – where every single swing counts – that makes it unique.“