Catching Up With… Michaella Krajicek 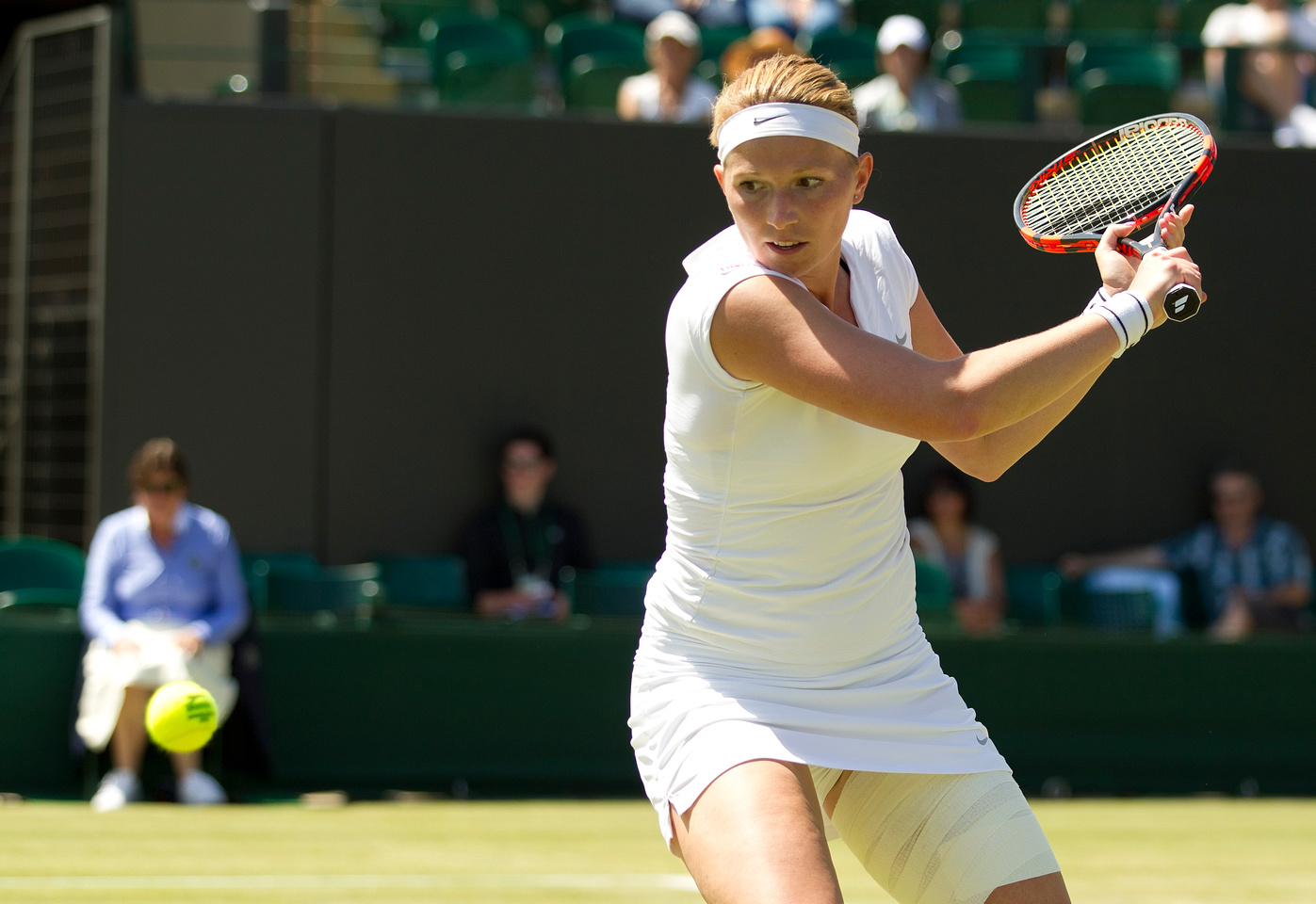 With a big serve and an even bigger smile, Mylan WTT rookie Michaella Krajicek looks to light it up for the Springfield Lasers this summer.

On the comeback trail after suffering an elbow injury at the end of the 2015 season, Krajicek is currently competing at Wimbledon, where as of today, sits in the third round of the ladies‘ doubles event with Barbora Strycova. The half-sister of 1996 men‘s singles champion Richard Krajicek, the Dutchwoman‘s game is equally as suitable to the faster surfaces, which Michaella hopes will translate to instant success in the quick-paced WTT format.

How excited are you to make your Mylan WTT debut this summer for the Springfield Lasers?
Very excited, actually. I have always wanted to be a part of the WTT family and this summer it’s finally about to happen!

What, if anything, prompted you to sign up for the draft this year? And did you follow the results to see where you would end up?
I just thought it would be a good fit for me, my preparation and my schedule this year to play WTT. Of course I was hoping to get picked and I was indeed following the draw live. It was a little nerve-wracking!

You returned from injury in May. How has the recovery process been going and what are you hoping to achieve moving forward?
I am very excited and happy that I am pain free and fit to play again. I hope that I can pick up where I left off before my (elbow) injury occurred. My main goal is to play a lot of matches and focus on the Slams.

At the end of 2015, you had such a strong finish to the season. What did you feel was working so well for you on the court at the time?
I worked very hard the last two years to recover from yet again another injury (my knee), that’s why I also focused more on doubles in that period because my knee just couldn’t take the heavy load of singles. And last year somehow my knee got better and I could go for singles again. I was very pleased to reach a decent level right away but know there is still much more left in me, as long as my own health/body lets me.

Doubles is a critical component of a team doing well in Mylan WTT. What about your game translates into being successful in doubles?
Since playing junior tennis I have always enjoyed playing doubles because it’s totally different to singles. I think that I play good doubles because I have a great serve, solid return but mainly very good volleys. And most girls just don’t like to volley.

You‘ll have the opportunity to play mixed doubles with Daniel Nestor. How much are you looking forward to joining forces with him?
Well he is a great player, Daniel is just a legend with all he already has achieved and is still going strong. I hope that I can learn some stuff from him.

John Isner will play a night for the Lasers in Springfield. Have you ever partnered someone with a serve as big as his before, let alone as tall?!
It is very cool that he plays in the same team. I have played in the past against guys like James Blake or Taylor Dent so I know how nearly impossible it is for a girl to return that type of serve. So I am kind of relieved to have him on the same side of the net.

Making connections with fans, particularly the kids, is a big part of the WTT experience. As a professional athlete, how important is it to give back and have an impact on future tennis generations?
It is very important. I myself always love helping out on kids‘ days at tournaments because there is just nothing like a child’s smile. Tennis has grown so much over the last years and I am not surprised because we just have such great leaders and role models in tennis. I am proud to be a part of this family as well.

At halftime in Springfield, there are often dance parties and conga lines with the children. Do you have any special moves you might bust out?
Hmm no, actually not really. My dancing skills don‘t really exist (laughter). But now that I know this, I will definitely need to learn some!