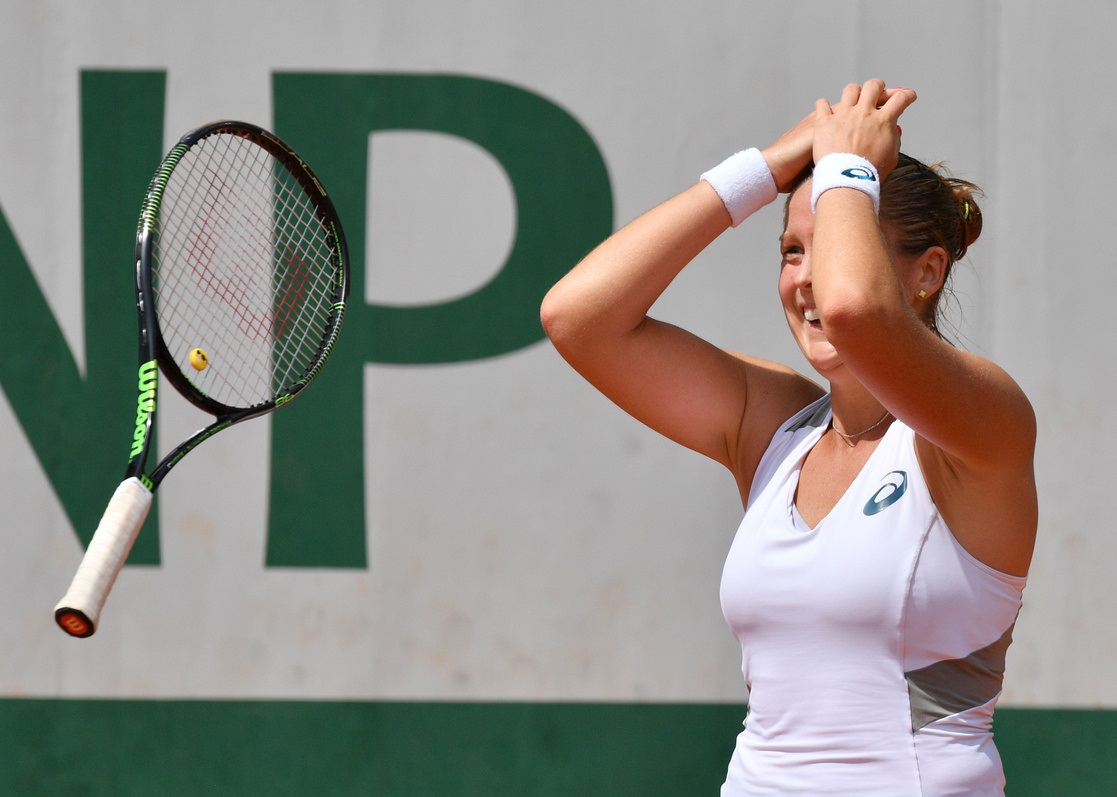 The number 108 was two-fold for Shelby Rogers at the recent French Open. It represented her ranking entering Roland Garros, where she was the second-to-last person to gain direct entry into the main draw. When Rogers left, it marked the combined ranking of the four players she knocked out en route to her first major quarterfinal.

With her impressive performance in Paris, Rogers will surely be one to watch in Mylan World TeamTennis this summer. Rogers was drafted second overall in March‘s roster draft by the San Diego Aviators, who are hoping the 23-year-old can make an immediate impact after finishing 5-9 in 2015. Rogers is no stranger to the WTT format, but will be playing a full season for the first time.

WTT.com caught up with the new World No. 60, who is slated to begin her grass-court season at the inaugural WTA tournament in Mallorca next week.

Welcome back to Mylan WTT! You‘ve subbed before but this will mark your first full season. How excited are you to play for the San Diego Aviators?
I am very excited to experience my first full season of World TeamTennis! I‘ve heard great things about my team and I‘m looking forward to playing, a lot.

Your team has a mix of new and returning faces. Is there anyone in particular you know well and if not, how much are you looking forward to getting to know some players you might not cross paths with on Tour?
I honestly don‘t know any of them that well. I‘ve spent a little time with James. I met him at the White House Easter Egg Roll and I got to know Darjia better in Strasbourg this year. I think we will have a lot of fun!

You began 2016 by returning from an injury layoff. Since then, you‘ve cracked the Top 60 and are coming off an incredible run at Roland Garros. What was it in Paris that came together for you, as you knocked off three Top 30 opponents and gave the eventual champion all she could handle in the quarterfinals?
Yes, it was an incredible experience for me in Paris but I think it has been building all year. I started off having to miss Australia, which was a very difficult decision for me, but then I got to the finals of the WTA event in Rio and made some semifinals. All year I feel like I have been playing well, even in the matches I have lost. I have been healthy which is most important, being able to compete and get my match count higher.

Did you draw any inspiration from your Tampa Bay Lightning, who despite all of their injuries, came together to make it to Game 7 of the Eastern Conference Finals?
Absolutely! It is always so fun being a fan of them! They had a great season last year and followed it up this year with another great run!

Having substituted before in Mylan WTT, what lessons from your previous experiences do you think can help you be successful in our quick-paced, high-energy format?
I have only played doubles in WTT before but at least I have experienced the format and I know to run after the service lets!

What are your impressions of San Diego and what the city has to offer?
It‘s beautiful! I really enjoy San Diego, the weather is great, there is a lot of stuff to do, and it‘s super laid back which I like.

Mylan WTT matches can get pretty rowdyÔÇª are you the type of player who feeds off the energy from fans?
I absolutely love the crowd! The louder the better. The fans are a big reason of why we play, so if they are having fun then so are the players.

Given that Comic-Con takes over San Diego during the summer, if you had to attend the convention dressed up as a character, who would you go as and why?
Does Princess Peach from Mario Kart count? I always win with her.