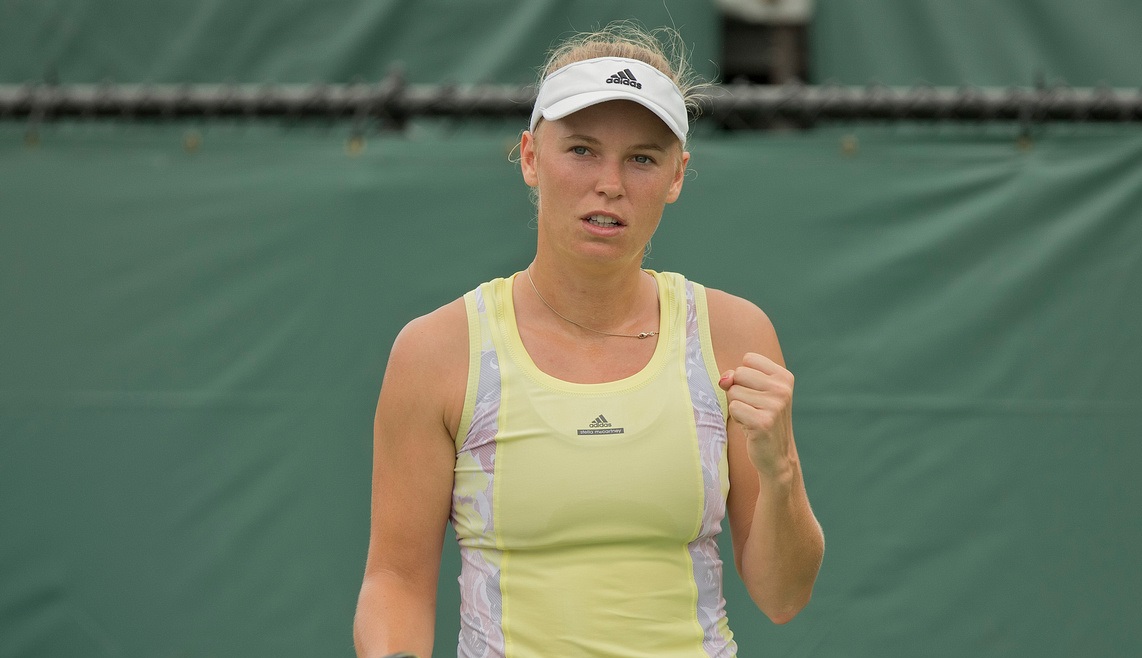 Former world No. 1 Caroline Wozniacki and top-ranked American John Isner were among the top names selected today at the Mylan World TeamTennis Draft in Miami. Isner returns to the Springfield Lasers while Wozniacki was selected by the Philadelphia Freedoms.

The 2016 regular season runs July 31-August 13 with the top two teams advancing to the Mylan WTT Finals on Friday, August 26 at Forest Hills Stadium at The West Side Tennis Club.

America‘s top doubles duo of Bob and Mike Bryan will join current WTA doubles No. 1 Martina Hingis and former world No. 7 Mardy Fish in the lineup for the defending champion Washington Kastles.

In the Roster Draft, a plethora of fresh faces headlined team selections. After trading up for the No. 1 roster pick, the Empire drafted New Jersey native Christina McHale. Top 40 players Daria Gavrilova, Daria Kasatkina and Guido Pella were selected by the Lasers, Freedoms and Empire.

The Kastles, who have won five consecutive titles, brought back the core of their 2015 championship team. Washington will be looking to rewrite the record books in 2016 by winning a record seventh Mylan WTT title.

A team-by-team breakdown of the 2016 Mylan WTT Draft:

New York Empire
In the New York Empire‘s inaugural season, the team started strong by acquiring the rights to seasoned Mylan WTT star Andy Roddick in a transaction with Orange County Breakers prior to the draft. For their first round selection, the Empire went with hometown favorite Christina McHale. In Round 2, New York selected top 40 Argentinian Guido Pella, who will make his Mylan WTT debut in 2016. Rounding out their 2016 roster, the Empire chose two doubles players — Argentinian Maria Irigoyen and Austrian Oliver Marach, both of which will play their rookie season of Mylan WTT this year when the team kicks off their season at the historic Forest Hills Stadium. The Empire will be coached by Patrick McEnroe.

Orange County Breakers
Building on experience, the Orange County Breakers used their first and second round roster picks to bring back up-and-coming American Nicole Gibbs and 2015 Mylan WTT Rookie of the Year Alla Kudryavtseva, who will play their second consecutive season together this summer. In Round 3, the Breakers took American doubles player Scott Lipsky, who will be playing his second successive season in the league, but first with the Breakers. For the last pick of their 2016 draft, the Breakers added American UCLA standout Dennis Novikov, who will be making his Mylan WTT debut in Orange County this summer. Rick Leach will coach the Breakers this season.

Philadelphia Freedoms
With the first marquee selection of the 2016 Mylan WTT Player Draft, the Philadelphia Freedoms selected fan-favorite Caroline Wozniacki. Building their roster, the Freedoms drafted Slovakian Lukas Lacko in Round 1 and Russian teen Daria Kasatkina in Round 2, both of which will play their first season of Mylan WTT. In the third round, Philadelphia top-50 doubles player Fabrice Martin, who will play his first season in the league this year. With their final picks, in Rounds 4 and 5, the Freedoms selected British player Naomi Broady and American Donald Young to set their 2016 team. Josh Cohen will return as the Freedoms coach.

San Diego Aviators
For their marquee selection in 2016, the San Diego Aviators selected popular American and experienced Mylan WTT star James Blake to lead the team. The Aviators then used their first round roster selection to take rising American Shelby Rogers who will be playing her first full Mylan WTT season this summer. In Round 2, San Diego protected Raven Klaasen, who is returning to the team for the third consecutive season. For the third and fourth rounds of the draft, the Aviators added British singles player Daniel Evans and then protected Darija Jurak, who played for the team in 2015. The Aviators will once again be coached by John Lloyd.

Springfield Lasers
The Springfield Lasers are bringing back top-ranked American John Isner, who will be playing his sixth Mylan WTT season. In Round 1 of the Roster Draft, the Lasers brought on Canadian doubles specialist Daniel Nestor, a former Mylan WTT Male MVP. With their second roster selection, Springfield took German Benjamin Becker, who will be making his Mylan WTT debut in 2016. In the final two rounds of the draft, the Lasers added No. 34 Australian singles player Daria Gavrilova and Dutch doubles specialist Michaella Krajicek to round out their 2016 team. John Laffnie-de Jager will return to coach the Lasers.

Washington Kastles
After protecting the rights to marquee player Martina Hingis, the defending champion Washington Kastles made a strong trade with the Orange County Breakers to move up in the Marquee Round to select Bob and Mike Bryan. With five straight Mylan WTT titles, the Kastles also bolstered their team with the addition of American Mardy Fish.  The Kastles Round 1 and 2 roster picks were used to protect 2015 champion teammates Sam Querrey and Leander Paes. Keeping with a lineup that earned them the King Trophy last season, the Kastles protected both Madison Brengle and 2015 Mylan WTT Female co-MVP Anastasia Rodionova to begin their campaign to add another title to their dynasty. The team will be coached by Murphy Jensen.

About Mylan World TeamTennis:
Mylan World TeamTennis is the innovative leader in professional team tennis competition and features many of the world‘s best players competing annually for the King Trophy, the league‘s championship trophy named after co-founder Billie Jean King. In 2015, Mylan WTT became only the fifth major professional team sports league in the United States to reach the 40th season mark, joining an elite list that includes the NFL, NBA, MLB and NHL.