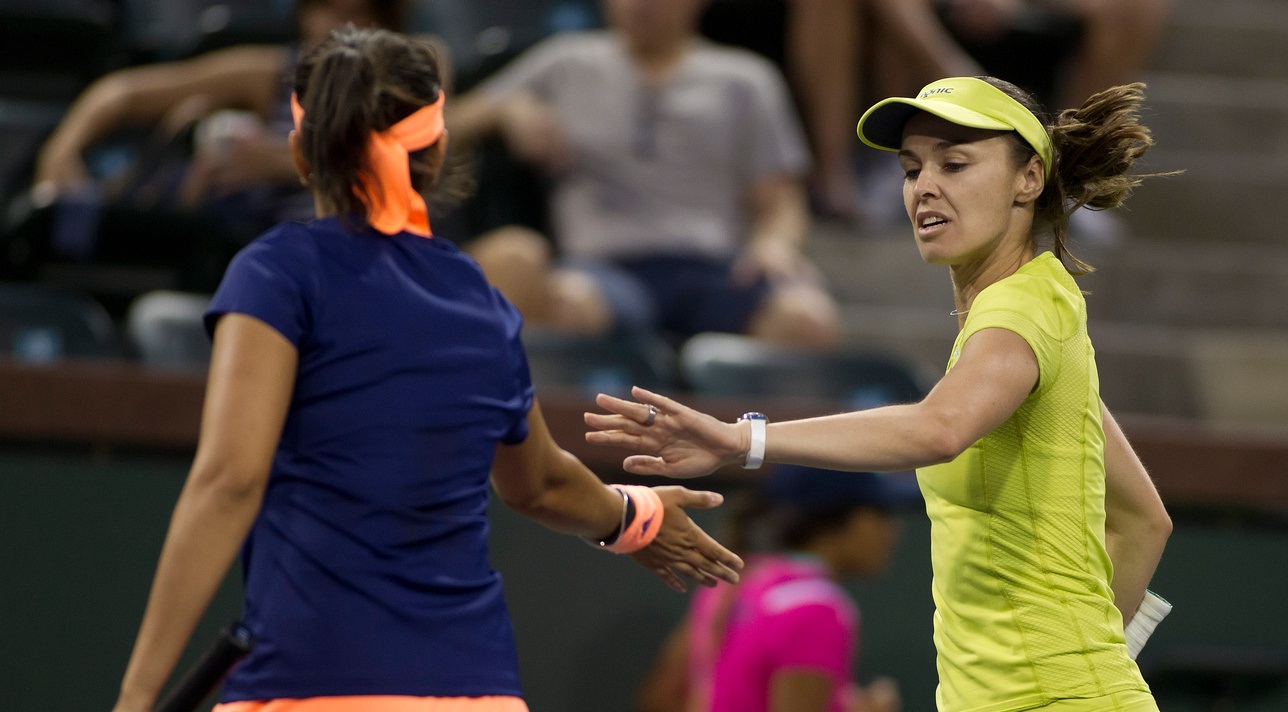 Hingis and Sania Mirza captured their third consecutive major title, defeating Andrea Hlavackova and Lucie Hradecka 7-6(1), 6-3. With the victory, Hingis and Mirza picked up their 12th team trophy in 11 months (which includes Wimbledon, US Open and WTA Finals titles) and increased their win-streak to 36, the longest on the WTA Tour since 1990.

“Our fairytale continues,” . “It’s amazing since winning Wimbledon. After that we only lost two more matches. It keeps going.“

CoCo Vandeweghe, who suited up for the Philadelphia Freedoms in 2015, advanced to her first Grand Slam final at the pro level after pairing up with Horia Tecau in mixed doubles. Though the duo ultimately lost to Elena Vesnina and Bruno Soares 6-4, 4-6, [10-5] in the title match, they notched impressive wins over second seeds Bethanie Mattek-Sands and Bob Bryan and sixth seeds Lucie Hradecka and Marcin Matkowski during their run.

Vandeweghe was also a quarterfinalist in women‘s doubles with Anna-Lena Groenefeld of the Springfield Lasers. The two were joined in the final eight club by Alla Kudryavtseva (partnering Vania King) and Kastles veteran Anastasia Rodionova (partnering Arina Rodionova).

On the singles court, Americans John Isner (Springfield Lasers) and Madison Keys (San Diego Aviators) each reached the fourth round in their respective events.