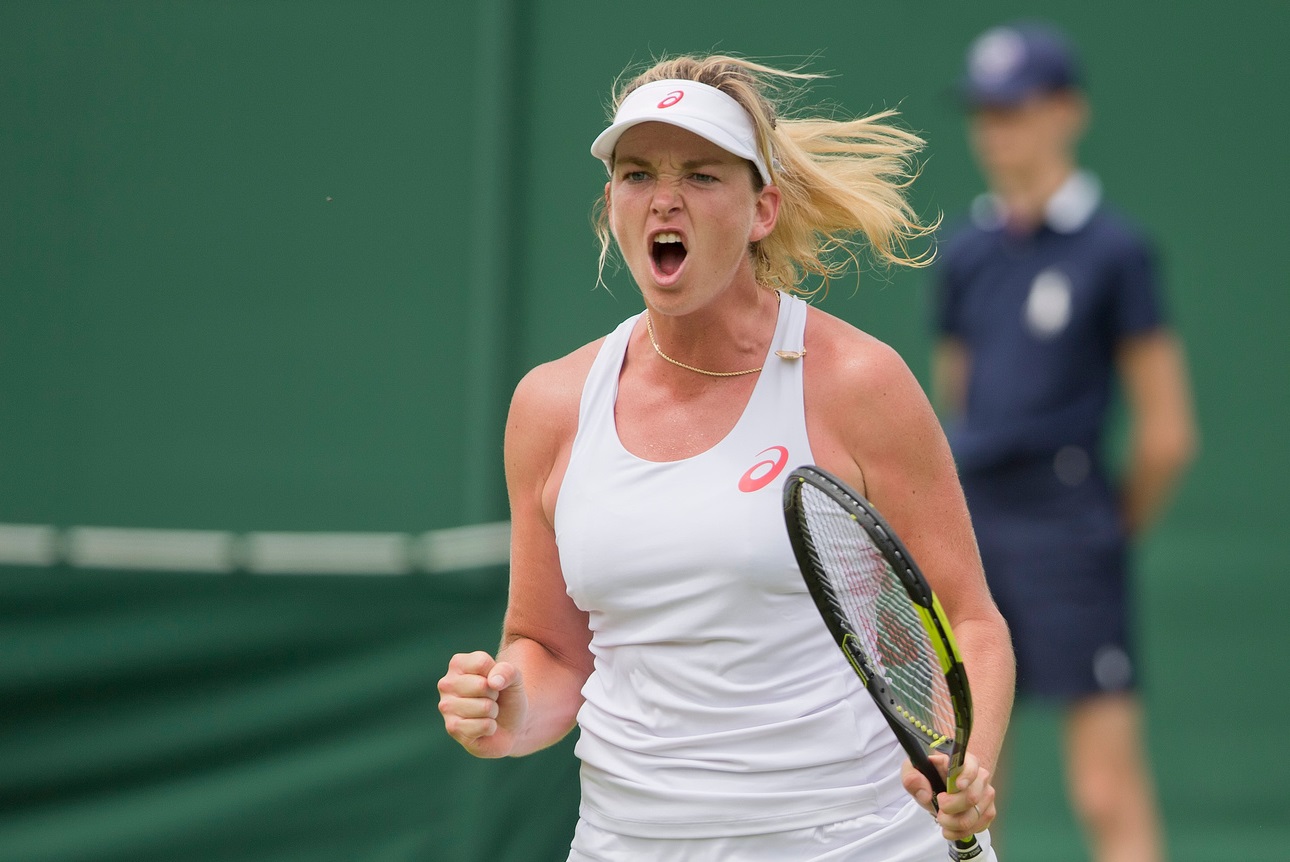 Leading up to the 2015 Wimbledon Championships, just four different American women had reached the quarterfinals or better of the singles tournament in the last decade. On today‘s notorious Manic Monday, two more names were added to that list, both of whom are veterans of Mylan World TeamTennis.

One of those women is 23-year-old CoCo Vandeweghe, a five-time participant in the professional team tennis league, and a player in the midst of a career resurgence. The American first broke onto the scene as a junior prodigy, winning the 2008 US Open girls singles championships, but quickly gravitated towards Mylan WTT‘s unique format.

“I really enjoy the team atmosphere,“ Vandeweghe told wtt.com. “It‘s something that I‘m more used to than the singular aspect of tennis, because I grew up playing team sports: basketball, soccer, volleyball. To have your teammates on the bench cheering for you and having a coach in your ear, things like that really help me excel.“

Vandeweghe debuted with the Sacramento Capitals in 2009; barring a 2014 hiatus, she has played every year since, planning a return to the Philadelphia Freedoms ÔÇô Billie Jean King‘s signature team — this summer.

“I‘ve made so many friends playing WTT and I can‘t thank Mylan WTT enough for the relationships that I‘ve made throughout the seasons I‘ve played.“

The big-serving Vandeweghe was outside the Top 100 over 12 months ago, but a more intense off-court regiment has seen her rise up to a career high of No. 32. Winning her first title on the grass courts of ÔÇÿs-Hertogenbosch in 2014, Vandeweghe has had her best-ever run at a Grand Slam singles tournament at the 2015 Championships, taking out a trio of tough seeds — No. 11 Karolina Pliskova, No. 22 and 2011 US Open champion Samantha Stosur, and No. 6 and French Open finalist Lucie Safarova — without dropping a set.

A hard hitter off both wings, the Philadelphia Freedom first learned to compete with big names and cope with pressure situations during Mylan WTT matches. It was through playing in the league that she met Jan-Michael Gambill, who would coach her for a little over two years. Vandeweghe looks back fondly of that fateful summer five years ago.

“My favorite memory was when I beat [Victoria] Azarenka twice in two days. I was playing for the Boston Lobsters and we were fighting for the last playoff spot with the Washington Kastles. They brought in Azarenka as kind of the ringer for that match. I beat her 5-1 the first day and everyone was in shock.

“But Washington had to play us one more time in Boston. If they won, they would make it to the playoffs, and if we won, we would make it, so it was a big match. Azarenka came out again and I beat her again 5-1.

“I got sent a couple YouTube clips about it because I threw my racquet in the air and did some crazy things after I won. It was a big accomplishment for me because I was 18 when I did it.

“One time we played a credit card game.  It was my last match of the season, so we all decided we threw our credit cards in and have the waitress pull out of a hat. Unfortunately, I didn‘t win, but my teammate Maria Elena [Camerin] lost and had to pay for everyone. It was like a $400 bill!“

Playing 2004 champion Maria Sharapova in Tuesday‘s quarterfinal, Vandeweghe may need some of that magic to carry her over the finish line, having finished play late in the day with Springfield Lasers‘ Anna-Lena Groenefeld in women‘s doubles. Scheduled to join the Freedoms not long after, the American is proud to be part of such a long-lasting institution, and dreams remaining as part of the league for the next forty years — or longer!

“I‘ll still be involved in some way, because I do enjoy it that much. Hopefully not playing, because I wouldn‘t want to see my old rickety self out there in 40 years. That‘d be really tragic!

“I want to stay a part of the atmosphere, even if it‘s from the sidelines.“

Flying the flag for the US of A, look for this Philadelphia Freedom to bring quite the atmosphere to Centre Court Tuesday.