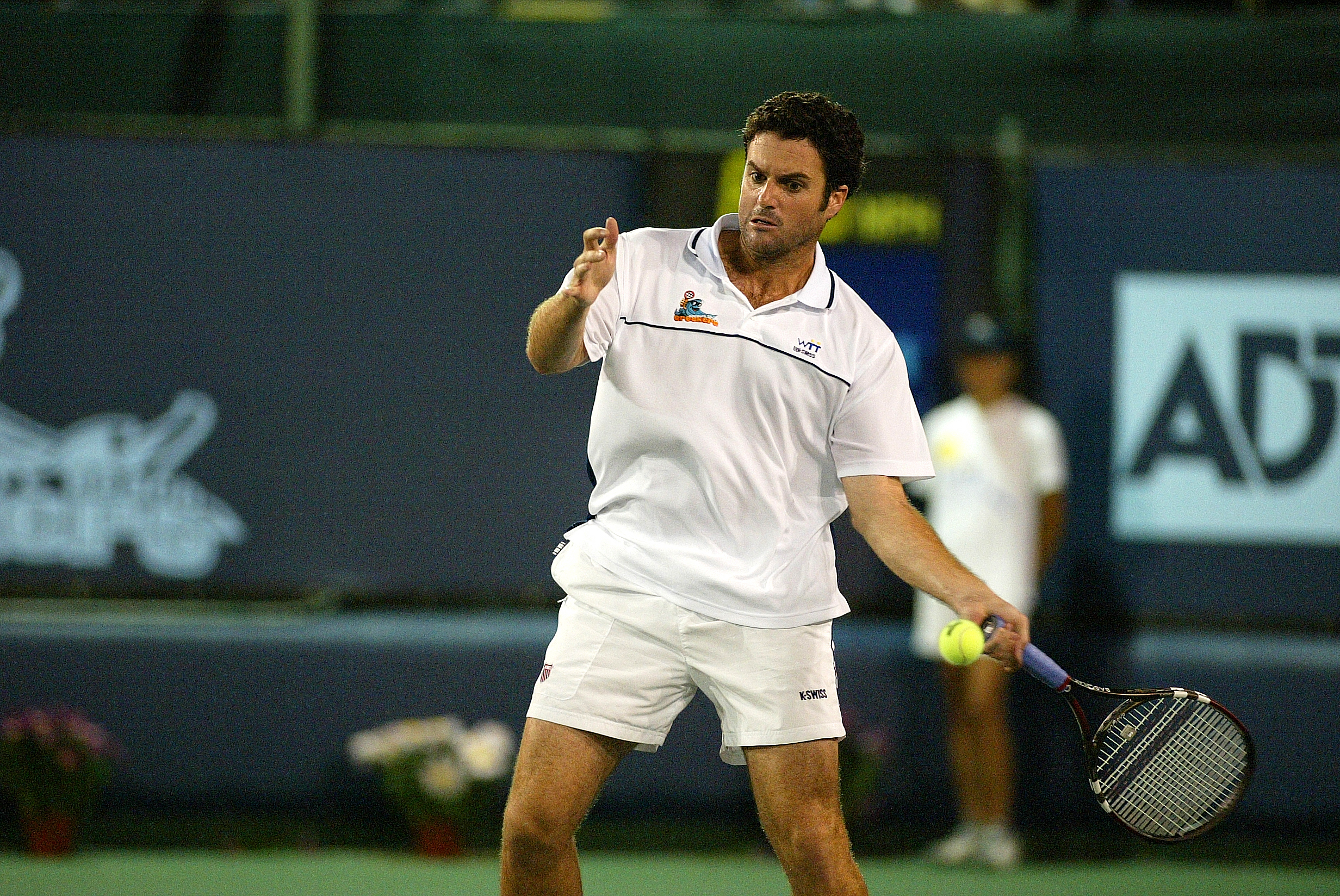 Ask the average Mylan World TeamTennis fan to name the most successful player to compete in the professional team tennis league and you‘ll probably get a few different answers.

But there‘s a fourth name on that short-list of all-time greats, a player who, in his nine seasons of Mylan WTT, earned enough accolades and championship crowns to more than secure a spot on any All-Time All-Star Team.

It was clear from the beginning that Brian MacPhie was born to play Mylan WTT. Debuting for the Sacramento Capitals in 1996, the big-serving American was named Male Rookie of the Year and MVP. This early recognition foreshadowed a run of four straight King Trophies (five overall), wins that heavily relied on MacPhie‘s own ability to dominate men‘s singles, men‘s doubles and mixed.

“The format of WTT was fun and different,“ MacPhie told wtt.com.  “It suited me well with a big serve and keeping the points short.  I liked the no-ad scoring and playing let cords.  This added a whole new level of excitement for the players and fans.“

The seven-time ATP men‘s doubles titlist was used to playing with a partner, but the team dynamic and crowd engagement offered by Mylan WTT was unlike any other.

“I was blown away by the excitement of the crowd.  The way the fans and community supported the players was incredible.  The energy of the crowd can sway a match easily.  Having music, the roar of the crowd makes you enjoy the match and play better tennis.  I will admit, a bit of heckling plays a role as well!

“It was also great being on a team because the main tour can be a bit lonely at times and with WTT you always had your coach, players, and fans lifting you up!“

MacPhie topped the scoring leaderboard a combined seven times across the three disciplines, and had success sharing the court with Sacramento stalwarts like Lindsay Davenport, Elena Likhovtseva, Sandon Stolle, Richey Reneberg, and even player/coach Scott Davis. But the three-time Male MVP admitted to having some of his fondest memories with regular ATP doubles partner, Mark Knowles.

“Mark came to play for the Capitals after I begged him and I was very happy he did.  If I didn’t pick Mark, he might not let me live that one down!  Most pros can adapt to playing with most partners.  We all have a common goal and can work together well.“

The Capitals led the league in the late 90s and early 00s, reaching the Finals weekend in six of seven seasons. MacPhie left the franchise in 2003, but his time on that illustrious team was one he will never forget, with too many accomplishments to count.

“It is hard to pick one season that was most special because, quite honestly, they all were.  We had great teams that worked well together and we were fortunate to be very stacked in our lineup and could play anyone.

“But nothing was more fun than sharing the WTT title with your teammates!“

On a similar streak now are the Washington Kastles, winners in five of the last six Mylan WTT championship weekends and looking to do one better than Sacramento‘s four-peat in 2015. Though no longer on any league roster, the former Top 25 doubles player has enjoyed watching this new spell of dominance, and has some advice for other teams looking to challenge the team to beat.

MacPhie was never a marquee name during his tenure with Sacramento, but just over a decade ago, he was voted alongside Connors, Navratilova, and King as part of 2005‘s All-Time All-Star Team. It is a recognition that continues to astound the American, who is living proof that every player matters in Mylan WTT and, in this revolutionary format, no contribution is too small.

“To be named in the company of these three legends, I thought there surely had to have been a mistake when I was called.  For me it was humbling to be recognized by fellow players, coaches, WTT, and media in such and elite group.  There are so many great players in the league that have accomplished so much.

“I’m just happy to be part of the WTT family.“