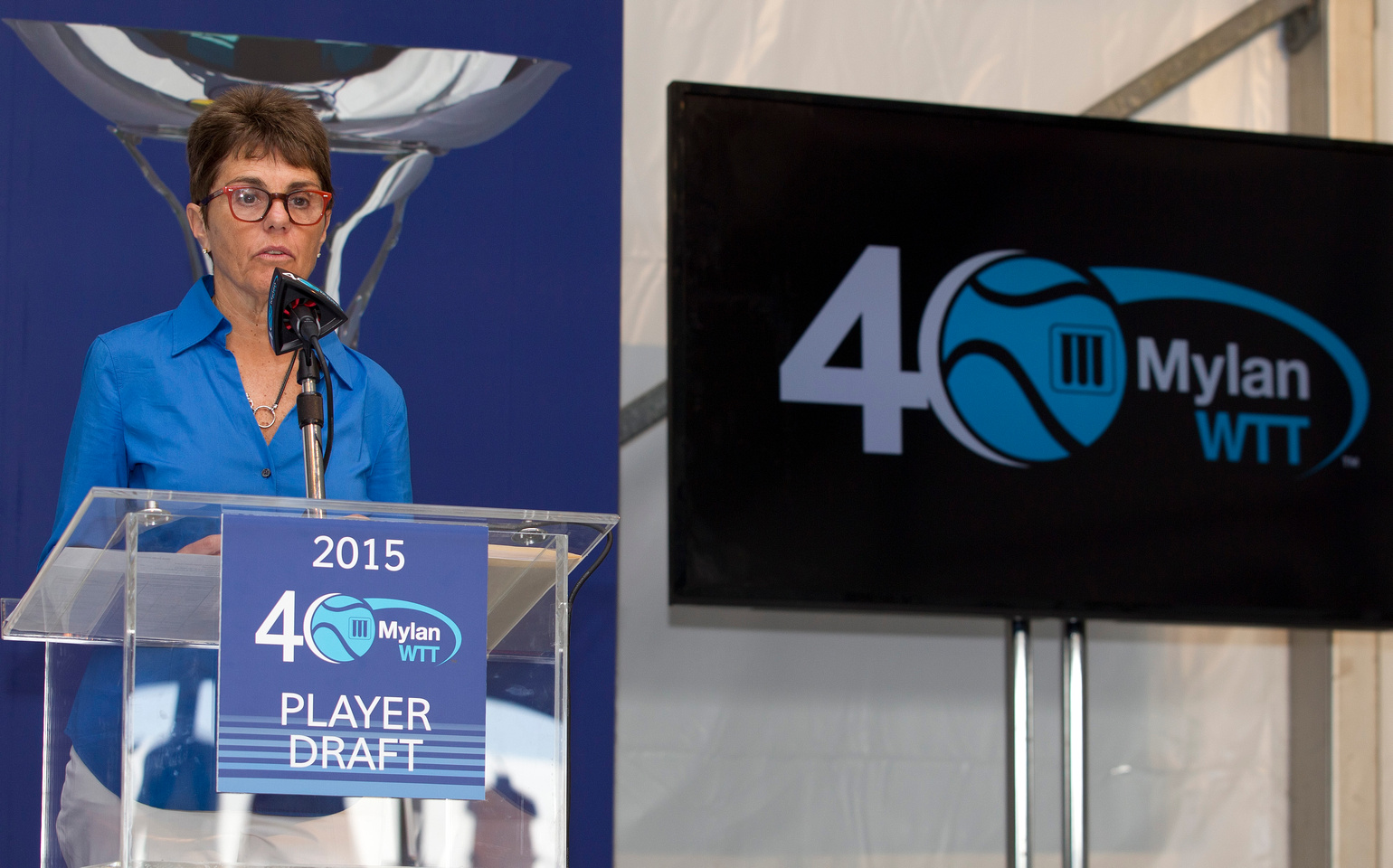 It has been said that there are two sides to every story. For Mylan World TeamTennis CEO/Commissioner Ilana Kloss and her experience with the professional team tennis league, there are three ÔÇô player, coach and executive.

“I think we‘re very adaptable. We‘ve been able to adjust to the changing of the generations to give fans what they want,“ the former doubles No. 1 said in Indian Wells.

Since its inaugural season over 40 years ago, Mylan WTT has embraced a level of change that not only affected the league, but the sport of tennis as a whole. Many of the innovations first developed at Mylan WTT matches can now be seen at regular Tour events each and every week.

“WTT has always been known as the think tank and innovator of our sport,“ Kloss explains. “A lot of tournaments have adapted what we were doing way, way, way back. Whether it‘s colored-branded courts, hitting balls into the stands and being able to keep them, names on the backs of jerseys for team competition.“

And that‘s only the tip of the iceberg. Mylan WTT was also the first in tennis to incorporate electronic review and on-court coaching into its matches, both of which are staples of the sport today.

Kloss has seen all of these changes first hand, even spearheading a few of her own as her role evolved from player, to coach and, finally, to Commissioner. Her Mylan WTT story began over 40 years ago, as a player during the league‘s inception, and has fond memories of that fateful spring of 1974.

“Coming to America, being drafted to play in the inaugural season, I was able to spend time with some of the great champions in our sport. Roy Emerson was our coach. Frew McMillan taught me how to play doubles. It was just such an incredible experience to feel like you belonged and were a part of something really big.“

A few months later, Kloss went on to win the girls‘ singles title at the US Open, a pattern that she has seen replicated by many of the league‘s young up-and-comers.

“Those who play Mylan WTT talk about how much they gained from it; whether it was from practice or coaching, they all got better. They talk about how, after WTT, they went on to win Wimbledons and US Opens, and that WTT was an amazing developmental tool for them.“

“I was able to enjoy winning,“ she said, recalling her successful tenure as coach of the Chicago Fyre, winning the King Trophy in 1983. “As a coach, it‘s all about getting the right horses, and I was very fortunate to have Billie Jean King, Sharon Walsh, Trey Waltke and Lloyd Bourne on the team.“

She added, with a laugh, “To be honest, I didn‘t have to do much other than get the balls and the water, and make sure we got to the court on time!“

Kloss‘s on-court achievements are numerous: a Top 20 singles career and with even more glittering doubles results, including US Open women‘s and French Open mixed titles, along with wins at the Italian Open, U.S. Clay Courts, German Open, British Hard Courts, and Hilton Head. But it was as she transitioned into her role as the WTT Commissioner, starting as a Player Liaison and later becoming Vice President and Executive Director, that she began to truly understand the true spirit of Billie Jean King‘s signature team tennis creation.

“When you‘re on the court, you‘re really focused a lot on yourself; in this role, I think we really look to the outside world, and really want to provide something special for communities. WTT is all about access, and we are an unbelievable platform to provide that in local communities and also on a national basis.“

As one of five professional sport leagues to claim the 40-season milestone, Mylan WTT still stands apart from the rest, as it boasts the only female commissioner among that group, now and throughout the history of the NBA, NFL, MLB, and NHL. Ever humble, Kloss believes her success has as much to do with those who came before and those around her now as it does with her own proven leadership capabilities.

“I‘m really fortunate to be surrounded by a great team; at the end of the day, you really do work and succeed as a team. I think we‘re all very privileged to be part of WTT and incredibly grateful for Billie Jean and Larry King, and the other co-founders who really had the vision and foresight to believe that tennis could be a team sport.“

For all of the changes Mylan WTT has endured, Kloss believes its core has remained the same, and is what has kept fans coming back each and every season.

“We‘re still relevant in our 40th season. Kids and fans still love the product, love pulling for their team, and I think it‘s really great that tennis has a team element where you can come and cheer for your city and be truly part of the team sports landscape.“

Starting as a ball girl at the South African Open, Kloss‘ story has been one full of on and off-court victories, but her eyes remain firmly on the future, believing that the best for her and Mylan WTT is yet to come.

“Every day I feel really lucky to be doing something that I love and know, and only hope that the next 40 are as good as the past 40.“