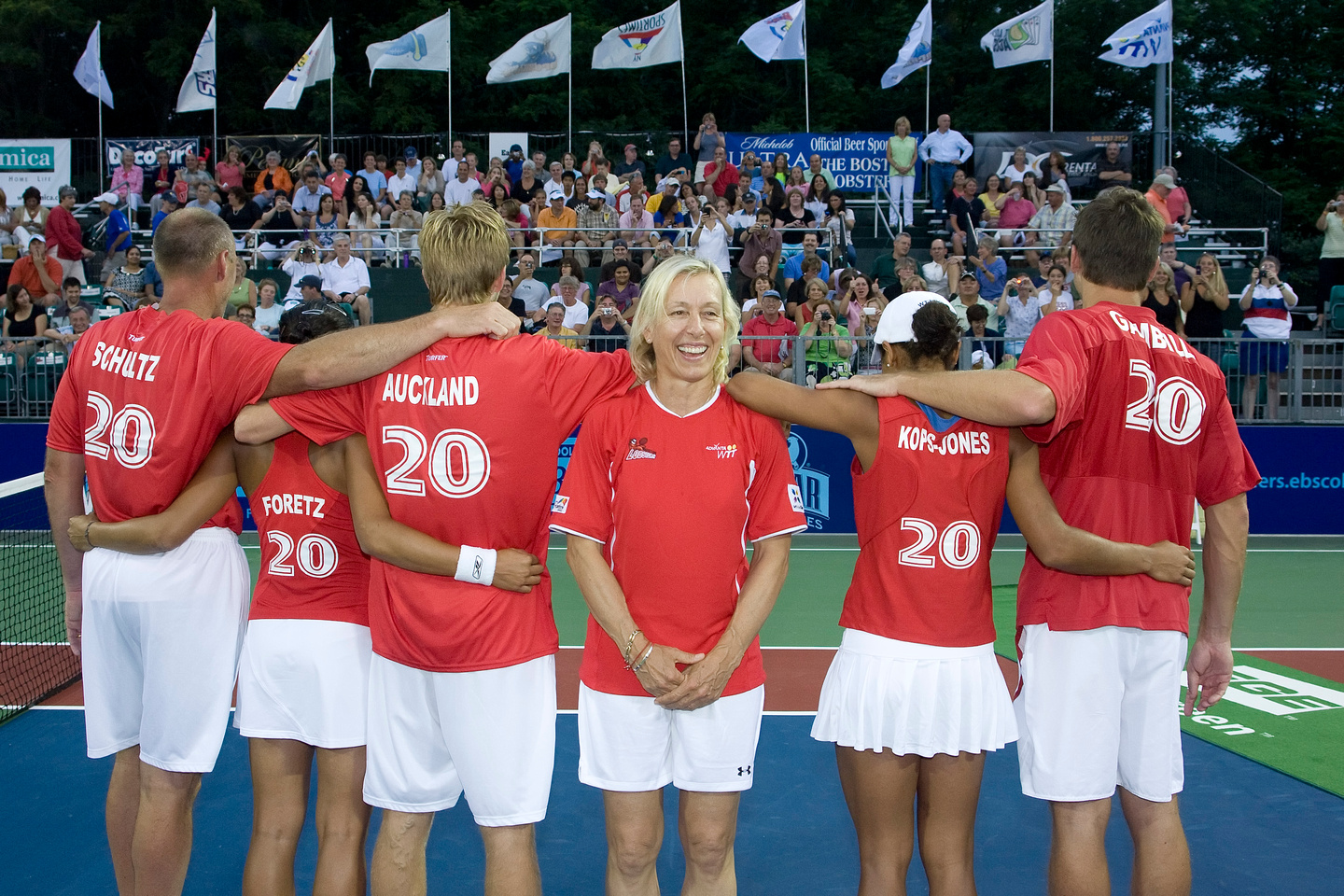 Every player needs to learn the game. Tennis superstars are no different.

A player who possessed all the pieces, Martina Navratilova realized how to complete the puzzle when she was drafted by the Boston Lobsters in 1977, her second season of World TeamTennis. Making the most of her time with Lobsters coach Roy Emerson, Navratilova discovered what was required to propel herself to Grand Slam glory.

“Those were my favorite times because I really learned the game. I really got in shape,“ Navratilova told WTT.com.┬á

“Roy Emerson helped me with my strokes, particularly my backhand slice and volley. I actually thanked him for winning my first Wimbledon because I really thought Roy helped me become a better tennis player. We had so much fun and won a lot of matches. We had great fans in the Walter Brown Arena in Boston.“

Navratilova would win 18 major singles titles, an all-time record 31 major women‘s doubles trophies and 10 mixed doubles crowns. Her overall tally of 167 singles and 177 doubles titles is a testament to her remarkable career.

A firm believer in the Mylan WTT concept and the benefits a player could reap from taking part, Navratilova brought the same drive and hunger she displayed on the WTA Tour to the league across a record 20 seasons and four decades. The result: five Mylan WTT championships and four MVP awards.

“It was about winning by the biggest margin possible. It wasn't just winning a set, you needed to win by as many games as possible. I was definitely a team player on that front,“ says Navratilova.┬á

“I love that kind of tension, that kind of pressure. Every single game, every single point counted, so I really thrived on that. I broke a few records at the time. Quite often, we would give our guys a 10-game lead, which is pretty insurmountable, so the guys were riding on our coattails!“

In looking back on what her greatest contribution was as a player in the league, Navratilova pointed to the overall impact World TeamTennis had with increasing interest in the sport.

“We had mascots and people really got into it. Those were serious matches and players took it seriously,“ Navratilova says. “I think it really helped spread the popularity of the sport because we played in cities that didn't normally have tournaments.

“Hopefully, we'll see a longer season and it'll be more worldwide. You can only play so many tournaments, but if you have teams playing around the world, you let fans see the sport live and that's a much better product than watching